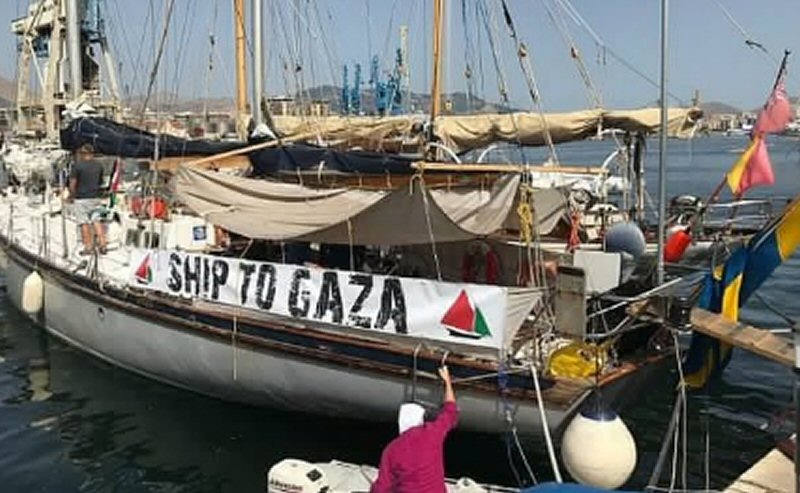 Reuters reported, according to Al Ray Palestinian Media Agency, that Norway has asked the Israeli government to explain the legal grounds for detaining a Norwegian-flagged fishing boat seized, while activists tried to sail with aid to the Gaza Strip, Norway’s foreign ministry said on Tuesday.

The ministry said its diplomats in Israel had been providing consular assistance to five Norwegians who were among the 22 passengers and crew detained onboard the vessel Kaarstein, on Sunday. Two Israelis on board were quickly released.

”We have asked the Israeli authorities to clarify the circumstances around the seizure of the vessel and the legal basis for the intervention,” the spokesman for the Norwegian foreign affairs ministry in Oslo said. A spokesman for Israel’s Foreign Ministry declined to comment.

Torstein Dahle, head of the group Ship to Gaza Norway which organized the shipment, said it was the first Norwegian aid vessel to attempt to breach the Israeli blockade of Gaza.

The captain had been struck on the head by Israeli soldiers who ordered him to sail for Israel, but no one was seriously hurt, Dahle said.

“This is a peaceful boat; it’s impossible that it can threaten Israel’s security,” he said.

Gaza Strip is home to 2 million Palestinians, mainly the stateless descendants of people who fled or were driven out of what is now Israel at its founding in 1948.

Under the blockade, Gaza has suffered an economic crisis creating what the World Bank describes as a “collapse in humanitarian conditions” including access to clean water, medicine and electricity.

Numerous activist ships have been prevented from reaching Gaza in recent years. An Israeli raid on a Turkish flotilla in 2010, in which ten activists were killed, caused a serious rupture in relations between Israel and Turkey, one of Israel’s few friends in the Middle East.

Audun Lysbakken, leader of Norway’s opposition Socialist Left party, called on the foreign ministry to protest against what he described as Israel “hijacking” the Norwegian boat in international waters.

Among those detained is Mikkel Gruner, a Danish citizen who lives in Norway and is the Socialist Left representative in the municipal council of the Norwegian city of Bergen. Lysbakken said the activists had legal rights to protest against Israel’s blockade, demanding the release of Gruner and the others.