Occupation Captured: Photos of Palestinian Life and Israeli Occupation in the West Bank City of Hebron 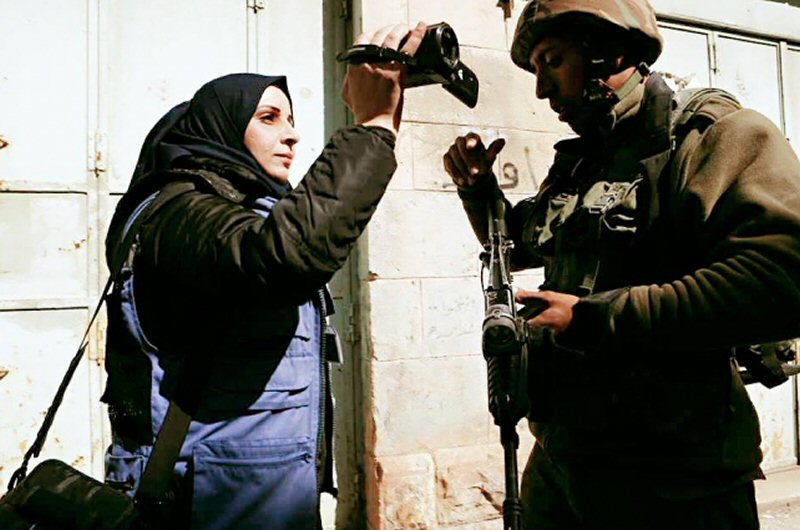 Pictured here: A 13-year-old child came home after a day at school and was met by Israeli soldiers. The soldiers claimed he threw rocks and that he would be arrested. The boy’s parents were not home, though his 9-year-old brother was with him. The soldiers took the 13-year-old to the military base and the police station without his parents. His 9-year-old brother refused to leave his side. The boy was kept for seven hours, and interrogated three times. In the Israeli occupation’s military court, which maintains a conviction rate of 99%, the child could face up to 20 years in prison for throwing stones.

Pictured here: After young boys throw stones at a checkpoint, Israeli soldiers enter a residential area with their guns positioned to shoot. Such aggressive actions are commonplace in occupied al-Khalil.

Christian Peacemaker Teams (CPT) offers five delegations a year to Palestine. This is a great way to learn about Israel’s occupation of Palestine and to see the work of CPT on the ground in al-Khalil. On the delegation, you work alongside members of CPT to monitor checkpoints as children walk to school.

Pictured here: Palestinians of all ages march together to remember the many people who are illegally held in Israeli prisons. The group gathers at the local stadium for prayers and then marches to a main city intersection where they hear speeches and display flags, signs and banners.

Pictured here: A poster at the Prisoners’ Day march displays some of the faces and names of Palestinians who remain in Israeli prisons often without due process. Families, friends and community members are keenly aware that such an unjust situation can unfold at any time based on the whims of Israeli soldiers, police and courts.

Pictured here:  During the Jewish holiday of Passover additional Israeli flags appeared around al-Khalil, including on the top of Ibrahimi Mosque. Despite the holiday ending, the flags remain a vivid reminder that little by little, Israeli forces and settlers appropriate more space. The Ibrahimi Mosque, as the burial site of Abraham, is an important religious site for Muslims, Jews, and Christians.