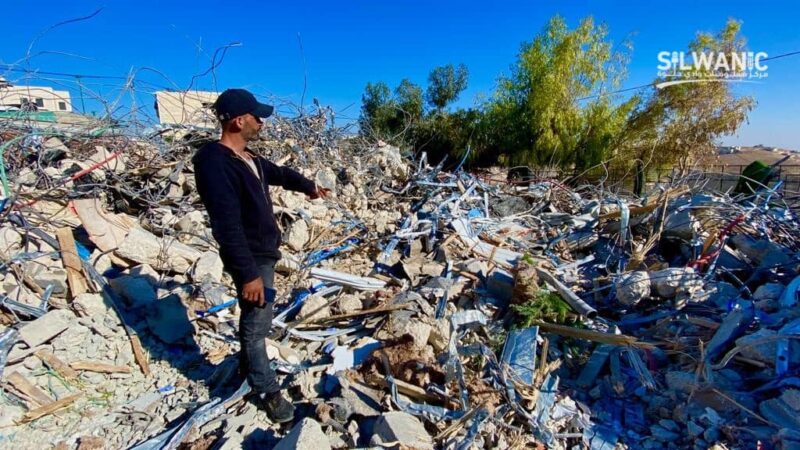 Israeli occupation authorities, on Tuesday, demolished one Palestinian-owned home in occupied Jerusalem in the central West Bank and one in Masafer Yatta, south of Hebron in the southern West Bank, according to security sources.

Meanwhile, in the southern West Bank, south of Hebron, Israeli forces tore down a 200 square meter Palestinian-owned home in the Khirbit Maeen community in Masafer Yatta, under the pretext of building without a license, WAFA correspondent reported.

Two other houses in Khirbit al-Fakhit and Khirbit al-Markaz communities in Masafer Yatta, received demolition orders from the occupation authorities.

Video from the Wall and Colonization Resistance Commission