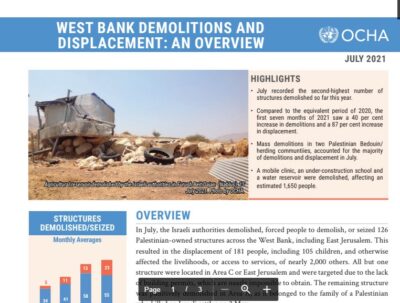 Report by The United Nations Office for the Coordination of Humanitarian Affairs (OCHA): West Bank Demolitions and Displacement Report

The most difficult thing is to demolish the house that we built with our own hands, but we have no choice. The occupation wants to expel us from our homes. We are steadfast in our land and homeland.”