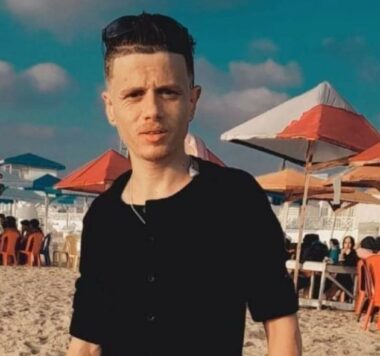 The Palestinian Health Ministry has confirmed, on Thursday at night, that a young man has died from serious wounds he suffered after Israeli soldiers attacked protesters on Palestinian lands near the perimeter fence, in the northern part of the Gaza Strip.

The Health Ministry stated that the young man, identified as Ahmad Mustafa Mahmoud Saleh, 26, from Jabalia refugee camp, in the northern part of the Gaza Strip, was shot by an Israeli soldier near the perimeter fence, east of the refugee camp.

It added that the Palestinian medics rushed the seriously injured young man to the Indonesian Hospital in Jabalia city, but he succumbed to his wounds despite all efforts to save his life.

Medical sources the soldiers fired live rounds and high-velocity gas bombs at Palestinian protesters along the perimeter fence, in the eastern parts of the Gaza Strip, wounding fifteen Palestinians, among them five children including one who sustained life-threatening wounds.

They added that 10 Palestinians suffered burns and lacerations due to the Israeli live rounds and gas bombs.

On Tuesday night, the soldiers killed a Palestinian man, identified as Raed Yousef Rashed Jadallah, 39, in the western area of Beit Ur at-Tahta, west of the central West Bank city of Ramallah, after the army attacked Palestinian workers in a crossing area of the Annexation Wall.

As he stuck his rifle through a hole in the border wall, Shmueli was shot and critically wounded on August 21st when a Palestinian armed wing a handgun walked up to the sniper hole in the heavily fortified wall and fired his weapon.

On the same day, the Palestinian Health Ministry stated that the soldiers shot and injured 41 Palestinian civilians, with live rounds and tear gas canisters, including a twelve-year-old child who was shot in the head. The child, identified as Omar Hasan Abu an-Neel, remained in critical condition until he succumbed to his serious wounds on August 28th.