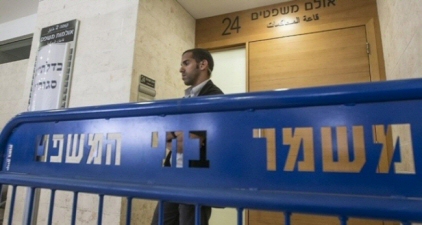 Lawyer for the Palestinian Prisoners Society (PPS), Elijah Theodory, was reportedly able, on Thursday, to acquit 15-year-old Abuallah Qasem of a recent conviction over an incident in which he was accused of throwing stones at Israeli soldiers.

The Ramallah resident was convicted, in Ofer military court, of throwing stones at Israeli soldiers last May, while on his way back from school.

PPS explained, according to Al Ray Palestinian Media Agency, that the state attorney’s conviction was based on the testimony of Israeli soldiers who claimed that Qasem threw stones, but Qasem has denied the claims.

The court acquitted the child, but suspended the decision for 72 hours, to make room for an appeal.