UN Secretary General to Arrive in Gaza Next Week 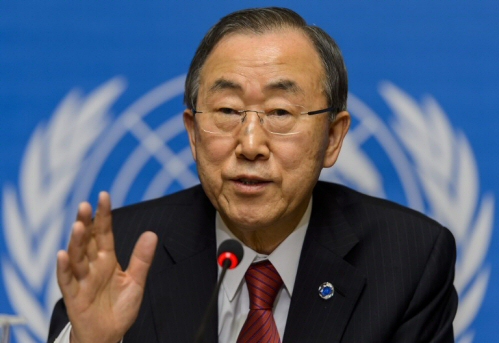 “We will talk with Shokri about the role of the ministerial Arab quartet committee, headed by Egypt, to take serious actions regarding Israeli escalation in settlement expansion,” said al-Maliki.

Spokesperson for the Secretary General, Stéphane Dujarric, said that Ban is to visit the West Bank and Israel next week, adding that he will arrive in Jerusalem on Monday, to meet with Israeli Prime Minister Benjamin Netanyahu and to deliver a lecture in Tel Aviv University.

He will then arrive in the Gaza Strip to visit UN schools, and to meet officials at the UN headquarters. He will also meet with PA president Mahmoud Abbas, “to be honored”, according to Al Ray.