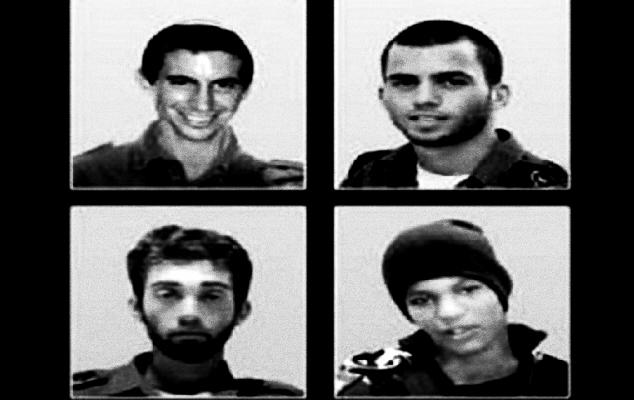 An Israeli official has confirmed, according to Al Ray, that Hamas is demanding the Israeli occupation, through indirect contacts, to release fifty Palestinian prisoners from Israeli jails before the start of any negotiations on the prisoner swap, in which Israel will receive the bodies of soldiers Oron Shaul, Hadar Goldin and two others Hamas claims to possess.

Hebrew newspaper Yediot Aharonot said today,  that, according to the Israeli official, Hamas wants  “Shalit deal No. 2” to release thousands of  the Palestinian prisoners.

Hamas required, to begin the negotiations on the deal, the release of 50 prisoners re-arrested during police actions carried out by the Israeli occupation army in 2014, in the wake of the abduction three Israeli settlers.

Three young Israeli settlers were reported missing by Israeli authorities, in the summer of 2014, and a massive arrest campaign allegedly targeting Hamas affiliates, whom they unsubstantially implicated in the crime, was launched across the West Bank.

No evidence to support the claim was (ever) produced, as Israeli violence against Palestinians escalated into a state of utter hysteria when 16-year-old Muhammad Abu Khdeir, from the Shu’fat district of occupied East Jerusalem, was savagely tortured and burned to death by a group of Israeli settlers.

The dead bodies of the three missing youth, one of whom was in fact a former Israeli soldier, were eventually uncovered just near the area from which they had gone missing, some weeks following their disappearance. However, the violence across both the occupied Palestinian territories and areas of Israel still overwhelmingly populated by Arabs, both Christian and Muslim, had now reached a boiling point.

Read about the Gilad Shalit prisoner exchange at Wikipedia.