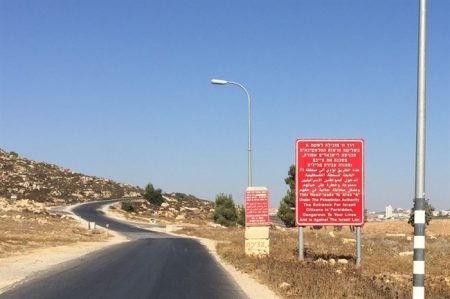 Israeli authorities reportedly issued notices, on Wednesday, informing Palestinian residents of the southern occupied West Bank town of al-Khader, in the Bethlehem district, of their intentions to uproot olive trees in order to pave a settler-only road in the area.

Israeli authorities plan on using the area to open a road designated only for Israeli settlers who live in the West Bank, in violation of international law.

Between 500,000 and 600,000 Israelis live in Jewish-only settlements across occupied East Jerusalem and the West Bank.

A report from Israeli NGO B’Tselem released in December 2016 highlighted the “key role” of Israeli settlers in further isolating Palestinians from their lands.

The movement of Israeli settlers taking over Palestinian land, and further displacing the local Palestinian population has been a “stable” Israeli policy since the takeover of the West Bank and Jerusalem in 1967, B’Tselem said, underscoring that all “Israeli legislative, legal, planning, funding, and defense bodies” have played an active role in the dispossession of Palestinians from their lands.

B’Tselem also argued that under the guise of a “temporary military occupation,” Israel has been “using the land as its own: robbing land, exploiting the area’s natural resources for its own benefit and establishing permanent settlements,” estimating that Israel had dispossessed Palestinians from some 200,000 hectares (494,211 acres) of lands in the occupied Palestinian territory over the years.