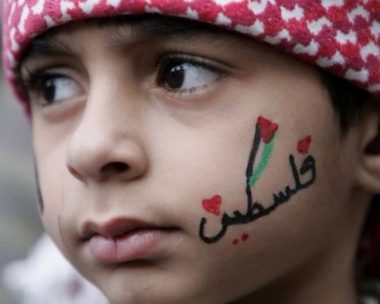 A day ahead of Palestinian Child’s Day, marked on April 5th, the Palestinian Detainees Committee has reported that Israel is holding captive 250 children, who are facing various sorts of violations and oppression, denied basic rights guaranteed by International Law and all related human rights resolutions, and added that Israeli soldiers have killed 11 Palestinian since the beginning of this year.

In a statement released Thursday, the Committee said that the Israeli army have abducted and imprisoned nearly 10.000 Palestinian children since the Al-Aqsa Intifada started in late September of the year 2000.

It added that hundreds of detained children reached adulthood while in prison, including many who served extended prison terms.

The Committee called on various international institutions and organizations, especially those who work for the protection of children around the world, to intervene and end the ongoing suffering of the imprisonment Palestinian children.

It added that the children are held in the prisons of Ofer, Majeddo and ad-Damoun, in addition to various detention and interrogation facilities, many of them are subject to physical and psychological torture and are denied basic rights guaranteed by international laws and agreements.

Most of the children were abducted from their homes during early dawn hours, after the soldiers stormed and ransacked their homes, in addition to repeatedly beating them up while moving them to military camps, detention and interrogation centers.

The committee added that, besides various types of torture and pain inflicted on the detained children, the soldiers and interrogators hurl insults at them, and frequently threaten to inflict more harm on them, in addition to threatening to harm their families, “if they do not confess” to whatever the army is accusing them of.

The children are also kept without food or water during interrogation, and are deprived of basic rights, including the right to legal representation and family visits.

It also said that, after the uprising of October 2015, the number of detained children has reached more than 400 in some months, which is the highest number of imprisoned children since February of 2009.

The report revealed that 500-700 Palestinian children, between the ages of twelve and seventeen, are abducted by Israeli soldiers every year, and that they are also interrogated, tortured and sent to courts.

Over the last four years, Israel passed various “laws” authorizing its courts to impose very high prison terms, and fees, on the imprisoned children, including sentencing some children to more than 10 years in prison, and even issuing a few life terms, the Committee said.

The report also stated that Israeli soldiers have killed eleven Palestinian children since the beginning of this year, in the Gaza Strip and the West Bank.

The arm also shot and injured dozens of children, including many who suffered permanent disabilities.

The Palestinian Authority official joined the Convention on the Rights of the Child on April 2nd, 2014.