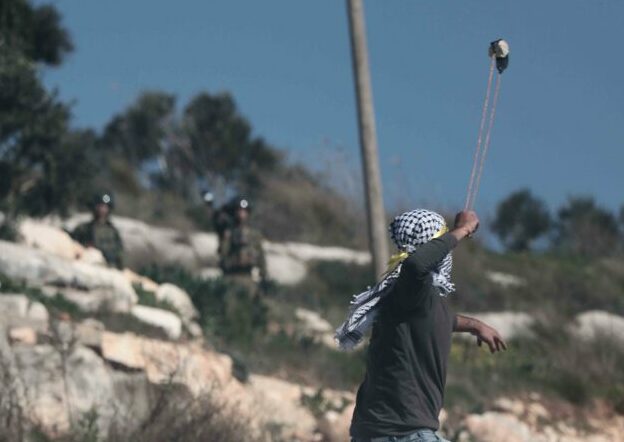 Witnesses said that the army opened fire with rubber-coated steel rounds, sponge-tipped bullets and teargas canisters at the crowd, injuring one with with a sponge-tipped round and several others, including those inside their homes, suffered the effects of teargas inhalation.

On Friday’s march, 8 Palestinian civilians were shot with sponge-tipped bullets, including one young man who was struck in the face, while dozens of demonstrators suffocated on teargas fired by the army.

Locals have demonstrated every Friday and Saturday for years to pressure the occupation authorities reopen the main road out of Kufur Qaddoum and to reject the expropriation of their land for illegal colonial activities.

Israeli occupation authorities closed the road in 2003 in order to exclusively serve the illegal Israeli settlers in the area, at the expense of the indigenous Palestinian population.