One Year of Administrative Detention Passes for Palestinian Circus Trainer 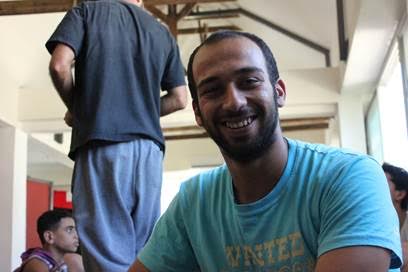 A year has passed since Israel detained Palestinian circus trainer Mohammad Abu Sakha and placed him under administrative detention without charge or trial, a press release by the Palestinian Circus School in Ramallah said on Saturday.

It said that the Israeli High Court rejected, after only 15 minutes of deliberation, on December 5, a petition to release Abu Sakha based on the opinion of the State of Israel that, according to same secret evidence opinion produced by the military prosecutor in December of 2015, Abu Sakha still represents a “security threat.”

“No further secret evidence has been produced to corroborate such an unfounded claim,” said the release, adding, “In any case, as long as no charges and accessible evidence are formally brought against him, Abu Sakha will be prevented from defending himself and effectively denied his right to a fair trial.”

The internationally-criticized administrative detention allows Israel to detain people without charge or trial for indefinitely renewable periods of one to six months, WAFA further reports..

A number of Palestinian administrative detainees have gained their freedom only after they went on long hunger strike, some of whom have lasted three months. Currently, two prisoners are on hunger strike for over 77 days demanding their release or being formally charged.