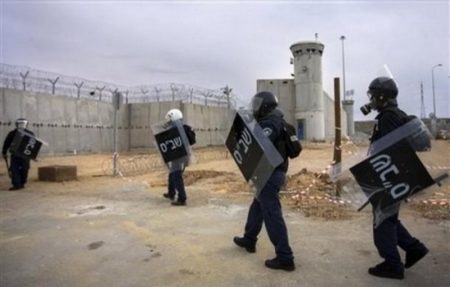 The Palestinian Ministry of Prisoners’ Affairs and ex-Prisoners has noted that detainees in Ramon prison have been subjected to  ongoing and vehement onslaught by the Israeli prison administration, through intensified and almost daily raids into the prison’s rooms and sections.

The ministry stated that, since early Tuesday morning, the prison has been experiencing severe tensions, after prison administration forces stormed section 2, and transferred prisoners of section 1 as part of a ferocious campaign waged by the prison in recent days.

The ministry pointed out, according to Al Ray, that the raids, in addition to torture and abuse of detainees, have become a constant and routine policy within a plan which targets prisoners with pepper spray, tear gas, police dogs and other repressive forms against the inmates.

The ministry also noted that the prison’s inspection operations affect the physical and psychological health of the detainees.