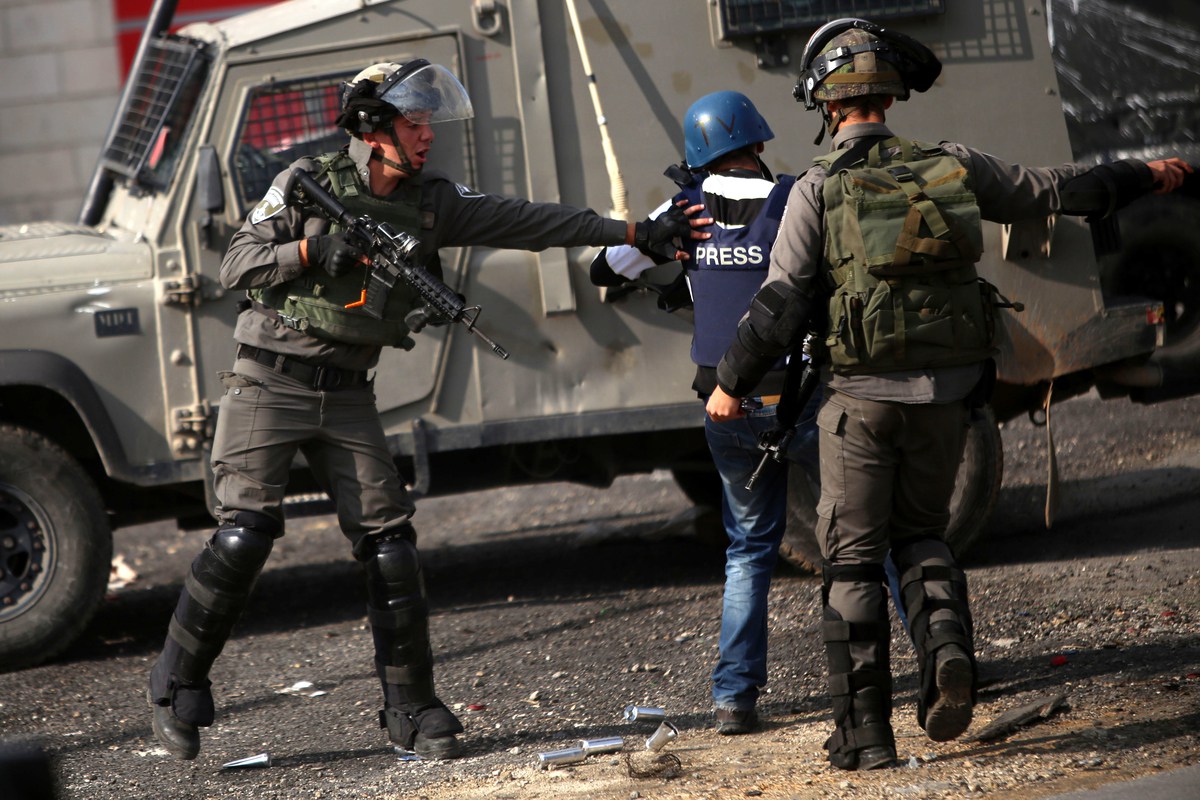 The Palestinian Journalists’ Forum has condemned the escalation of Israeli crimes and violations against Palestinian journalists and media foundations, contrary to the most basic international and legal norms and conventions that guarantee the freedom of press.

In a statement issued on Sunday, the Forum stressed, according to Al Ray, on the necessity for the immediate release of all detained journalists and to end the unfair judgments against them, as well as the need to do their work freely, as a right guaranteed legally and internationally to them.

” At the time the detained journalist Mohammed Al-Qiq continues his open-ended hunger strike, with other 27 journalists still detained in Israeli jails, amid claims for the need to release them, the Israeli arrogance continues with ongoing arrests of more journalists and issuing unjust sentences against them”, the forum added.

The forum called on the International Federation of Journalists and international human rights organizations operating in the field of media work, to put pressure on the Israeli occupation to immediately release all detained journalists under frail and false pretexts.

In the same context, the forum commended the performance of Palestinian journalists’ work in all press fields, stressing the need to perform their work with all strength and professionally as usual, and to face this war continued against them with more determined stand, challenge and creativity.

To that, the forum called on the Palestinian government and their embassies abroad, political leaders and human rights organizations, to activate their role to pressure Israeli occupation for the release of journalists.

Earlier last night, Israeli forces detained the journalist, activist in detainee affairs and ex-prisoner, Abdullah Shatat, after breaking into his home west of Silfeet district in the West Bank, according to his wife.