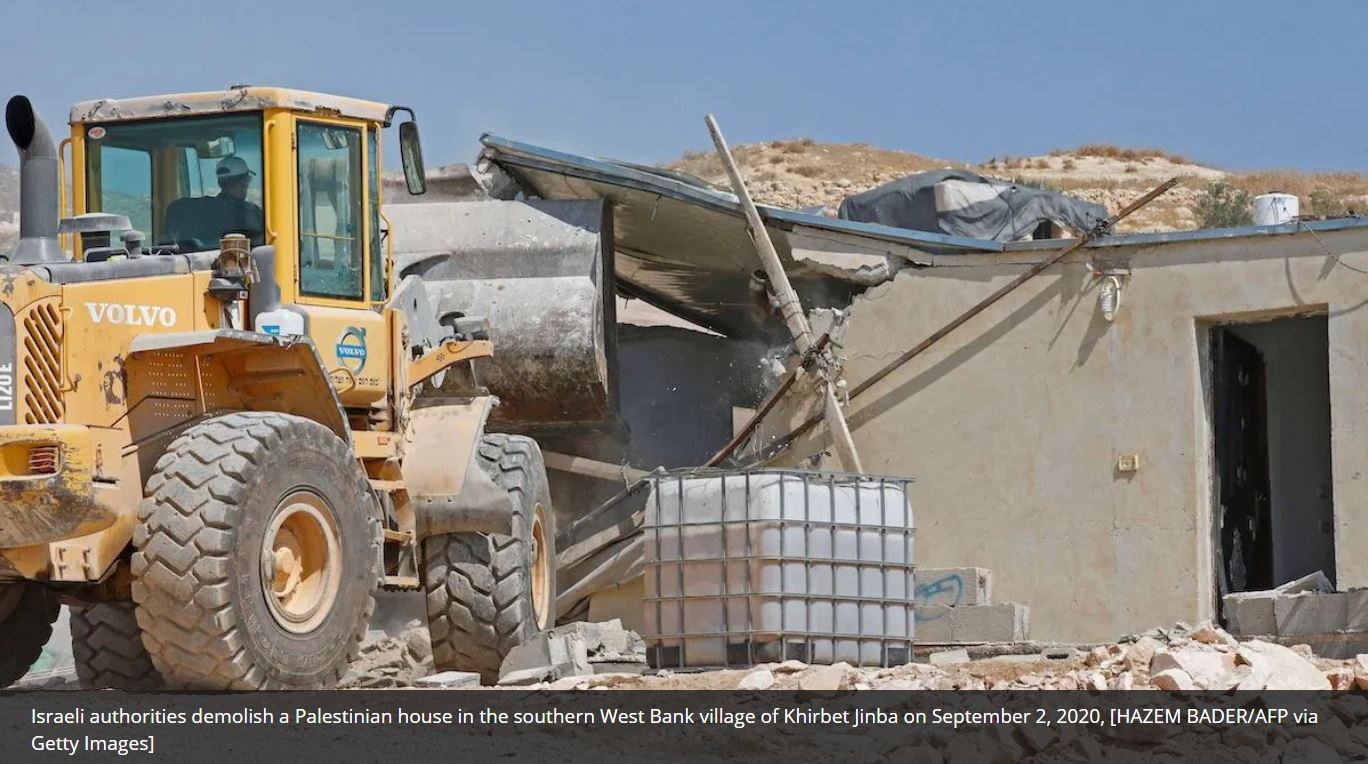 Dr. Belal Yasin – Middle East Monitor: In the early 1990s, Wael Al-Tahan submitted an application to the Israeli authorities for a permit to build a house on his land at Jabal Mukaber in occupied Jerusalem. The application was refused with no reason given. After many such attempts, Al-Tahan had no option but to build his house without a permit. At that stage the Israeli-led municipality started proceedings against him and issued a demolition order.

Despite trying to get a building permit many times, Al-Tahan was fined $30,000 and, on 11 August, had to watch as the authorities demolished his five-bedroom house, in which 25 members of his family lived, most of them children.

This demolition was not an exception. Israel’s policy of rejecting building permit applications from Palestinians started many years ago and has led to the displacement of hundreds of Palestinian families following the demolition of their homes.

In 2019 alone, the Israelis demolished more than 140 houses in occupied Jerusalem. From then until mid-August this year, more than 100 more residential and commercial facilities were demolished in the city.

Palestinians in Jerusalem are subjected to many racist practices when attempting to get building permits. The bureaucratic administrative procedures can last up to eight years, and the cost of obtaining the necessary documents could be as high as $60,000. Moreover, the authorities are unwilling to establish structural plans for Palestinian neighborhoods. As a result, some Palestinians have to build their houses without getting a permit, only to get demolition orders later on.

Israeli settlers, however, have no such problems. According to data from Peace Now, 48,000 building permits were issued by the authorities in favour of settlers from 1991 to 2018, whereas Palestinians were granted only 9,350 during the same period, less than a third of the applications made.

In this context, the Israeli Information Centre for Human Rights in the Occupied Territories has documented Israel’s efforts to hinder any Palestinian attempts to build homes, while the occupation authorities simultaneously allocate large funds to develop and expand the infrastructure of Jewish neighbourhoods and the illegal settlement blocs in Greater Jerusalem.

“Unauthorised construction in Muslim, Druze, Christian and Circassian neighbourhoods is not groundless,” explained Knesset member Nitzan Horowitz, “but rather a result of long years of facing hardship to obtain housing and planning permission due to discriminatory practices against non-Jewish citizens, and the authorities’ failed strategies.”

Denying thousands of requests made by Palestinians to obtain building permits, and implementing arbitrary measures that put their houses at risk of demolition, is a violation of international law, including Article I of the International Convention on the Suppression and Punishment of the Crime of Apartheid (ICSPCA). This confirms that apartheid is a crime against humanity and that inhuman acts resulting from the policies and practices of apartheid and similar policies and practices of racial segregation and discrimination, as defined in article II of the Convention, violate the principles of international law, in particular the purposes and principles of the Charter of the United Nations, and constitute a serious threat to international peace and security.

Israel’s policies and practices against the Palestinian presence in Jerusalem are a flagrant violation of human rights laws and conventions. A legal campaign is needed urgently to condemn Israel’s occupation and stop its discriminatory policies.

The views expressed in this article belong to the author and do not necessarily reflect the editorial policy of Middle East Monitor.