PA: Deal of Century Conspiracy Slowed, But Not Over 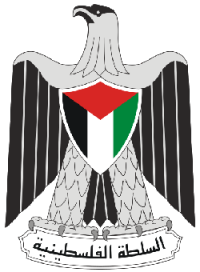 Spokesman for Palestinian Authority President Mahmoud Abbas, Nabil Abu Rudeineh, on Saturday, said  that, thanks to the steadfastness of the Palestinian people the leadership’s commitment to the national constants, the US-led “deal of the century” has been thwarted.

He said that, if the deal were to succeed,  it would become a regional issue, affecting all the peoples and countries in it.

Abu Rudeineh said, in a statement, according to WAFA, that “the region is now at a crossroads to decide the fate of principle issues that affect the higher interests of its peoples, which some parties may jeopardize by creating a clear break up of nationalist position.”

Therefore, he added, “they have to stick together, for the national interest, to prevent the transformation of the deal of the century, which has slowed down, but did not end, into a regional deal whose consequences cannot be predicted.”

Abu Rudeineh warned, those who are ready to interact with these plans, that it will undermine the sovereignty and independence of some countries and the existence of parties and movement, which will eventually have some dire consequences.

“The commitment of the Palestinian leadership to the Palestinian and Arab choices and to our national principles will keep the hope of a nation that is still suffering and burning, as a result of its lack of understanding and awareness of what has been planned for it for many years,” he stated. “The tension in the region and the prevailing chaos are a natural result of not solving the Palestinian issue. As long as Jerusalem is burning, the Arab world will continue to burn, which is contrary to the necessities of regional security,” said Abu Rudeineh.

“It is necessary, now, to restore the national spirit in the face of the sudden repercussions that the region maybe exposed to, especially the US blatant bias towards Israel and the imbalance of power. All these have created heavy burdens that we must all bear and confront, in order to reach safety and provide a better best future for the region and its peoples,” he said.