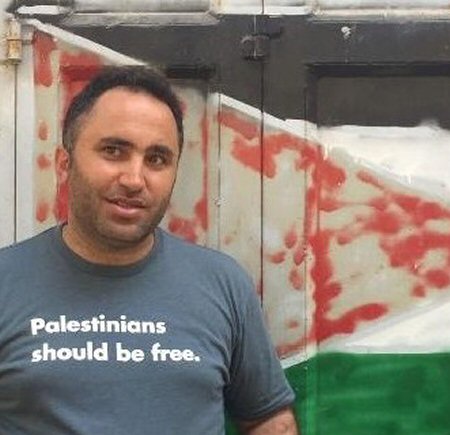 In a Facebook post, Qawasmeh had called for the Palestinian president, prime minister, and Hebron’s governor to resign, over their apparent failure to protect Palestinian institutions, after the Israeli army raided the PA-controlled city and shut down the radio station, over accusations of so-called incitement.

“This media network is in an area that is under the complete control of the Palestinian Authority, yet, they remain silent, and cannot protect us. We have nothing to do with incitement. We try to deliver the message of the simple people in need, to the officials. We try to be the voice of the voiceless, and that is why we keep getting attacked and harassed,” Qawasmeh wrote, according to a translation by the International Middle East Media Center.

Ma’an further reports that, ater PA preventative security forces arrested the journalist on Sunday for the critical post, prominent Hebron-based activist Issa Amro took to Facebook himself to denounce Palestinian authorities, who had allegedly been threatening journalists not to publicize Qawasmeh’s arrest. Amro called on the PA to respect and protect international and domestic law.

Shortly after sharing the post, Amro was detained by the PA. On Tuesday, Amro declared an open hunger strike to protest his detention, refusing all food, water, and medicine until the PA releases him, according to Youth Against Settlements — the Hebron-based activist group founded by Amro.

On Wednesday, his detention was reportedly extended for an additional 24 hours, according to statement released Wednesday by MADA, a Palestinian NGO focused on media freedoms.

The organization also spoke with Qawasmeh after his release. He told MADA that, after he had been summoned by the PA midday Sunday, he was immediately interrogated about his critical comments on the PA’s leadership.

“They asked me about the reason for posting this video. I replied that it was published in an angry moment after the radio equipment was destroyed and confiscated by the (Israeli) occupation forces,” MADA relayed.

“They actually understood my reasons,” Qawasmeh said. He explained that, during the second day in jail on Monday, he signed his statement, and, on Tuesday, his detention was extended for a fourth day. He was released 9 a.m. Wednesday, with no conditions.

MADA said that they welcomed Qawasmeh’s release but demanded that Issa Amro be immediately released as well.

Issa Amro’s brother Ahmad told MADA that, when the PA showed up to their house at 11:30 p.m. Sunday, Issa was not at home. Preventative security forces demanded that Issa appear at their headquarters within five minutes, but he decided to go at noon the next day, on Monday, and has remained there ever since.

Issa’s lawyer Suleiman al-Husseini reported to MADA that he has yet to receive any information from PA security regarding the justification for the arrest, and that Issa was still being interrogated.

“Even the members of the preventive security service are unaware of the reason for his arrest,” the statement said.

However, a local journalist reported on Twitter that that Issa’s lawyer said he was charged with “extending his tongue and causing strife” by insulting PA President Mahmoud Abbas.

The PA has been the target of fierce condemnation over the arrests, which were the latest applications of a presidential decree issued by Abbas in June, which approved a far-reaching Cyber Crimes Law that has been widely denounced as an extreme attempt to criminalize dissent against the PA.

The Office of the United Nations High Commissioner for Human Rights (OHCHR) expressed concern on Tuesday over Amro’s detention and highlighted that freedom of expression is guaranteed by international agreements, including the International Covenant on Civil and Political Rights, which Palestine ratified in 2014.

“It is outrageous that a prominent human rights defender has been arrested simply for voicing his opinion online. Criticizing the authorities should not be a criminal offence. Issa Amro’s arrest is the latest evidence that the Palestinian authorities are determined to continue with their repressive campaign against free speech,” Magdalena Mughrabi, Amnesty International’s Middle East director, said.

Amro, the coordinator for Youth Against Settlements and a former field researcher for the Israeli NGO B’Tselem, is well known for advocating non-violent resistance and agitating on the international stage to raise awareness on Israel’s routine human rights violations in the occupied Palestinian territory.

He is facing 18 charges, in Israeli military court, related to his activism.