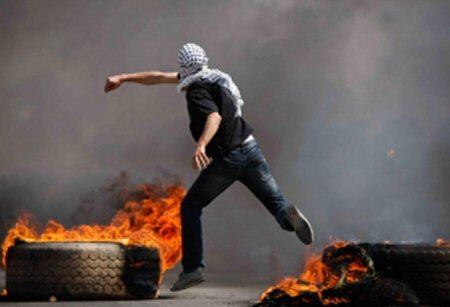 Israeli security services warned that there is a great opportunity to ignite the security situation in the occupied West Bank and Jerusalem, once again, during the current month.

According to Al Ray, Haaretz newspaper quoted the security services as saying that September seems to be the most sensitive month for Israeli-Palestinian relations.

The newspaper says that the security services are worried about Palestinian Authority President Mahmoud Abbas’s recent acts due to his frustration by the neglect of the US and international community regarding the Palestinian cause.

The newspaper said that Abbas is intending to go to international organizations to get membership in more than 20 organizations, and to take an offensive line, in his speech to the UN General Assembly, at the end of September.

It was pointed out that there are fears of a political stalemate which may affect the security situations on the ground, especially with approaching Jewish holidays at the end of September.

The newspaper added that Palestinian Security Services reduced its security cooperation with the Israeli security services, which affects the efforts of “countering terrorism”, as they claim.