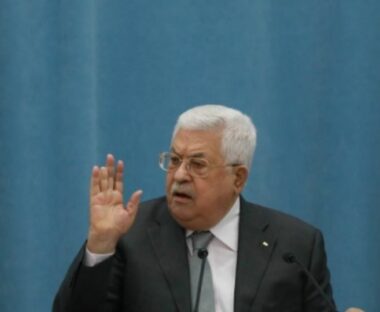 In its first official letter to the newly elected American President Joe Biden, the Palestinian Authority outlined the agreement reached between all Palestinian factions, including Hamas, regarding their policies, and the agreement to hold new general and presidential elections.

The letter informed the White House that all factions agree on the two-state solution, where the Palestinians establish their independent and sovereign state in all Palestinian territories which Israel illegally occupied in 1967, with East Jerusalem as its capital.

The letter also outlined the commitment to ongoing popular, nonviolent resistance against the Israeli occupation, its policies, the illegal Annexation Wall, and the colonies.

The letter was sent by Palestinian Minister Hussein Sheikh to the American Deputy Assistant Secretary of State for Israeli-Palestinian Affairs, Hadi Amro, informing him of the upcoming Palestinian general and presidential elections, and the commitments of all functions under the modified Basic Law.

The letter outlines the following commitments of the Palestinian factions prior to the elections which are planned to be held in May of this year:

The leaderships of all Palestinian factions held a meeting on September 3rd, 2020; an agreement was reached between all secretaries-general of the factions, including Hamas, in which they agree to:

Based on what has been agreed upon, Palestinian President Mahmoud Abbas issued the following two declarations all factions and candidates must adhere to:

Any legible Palestinian who wishes to run for office must fill and sign an application in which they agree to the Basic Palestinian Law and its amendments, and thus accepting the PLO as the sole representative of the Palestinian people.

On the other hand, according to a report by Amad News Agency, the secretary-general of the Islamic Jihad in Palestine, Ziyad al-Nakhalah, issued a statement denouncing the agreement and said it is a “new Oslo” deal that would lead to a “government of negotiations” with Israel under regional and international supervision, instead of struggling for achieving the legitimate Palestinian rights.

The Palestinian Legislative Council (PLC), before it was dismissed by Abbas in 2018, had previously allocated six of its 132 seats for Christians.