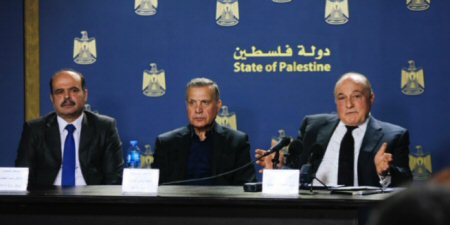 Minister of Finance, Shukri Bishara, said on Sunday that the government will be paying only 50 percent of the monthly payroll of the Palestinian civil servants for February 2019, in the aftermath of the crisis resulting from Israel’s withholding of the tax revenues it collects on behalf of the Palestinian Authority.

During a joint press conference with the Minister of Information and the government’s spokesman, he that said employees whose salaries are below 2,000 shekels ($550) will receive a full salary for February 2019, whereas the rest of the civil servants will receive 50 percent of their monthly salary for the same month but not less than a minimum of 2,000 shekels.

Bishara added that the government decided to freeze all recruitments and promotions of civil servants, as well as the purchase of real estate and automobiles at this crucial time. In addition, leave allowances of civil servants and government officials will also be significantly downsized to face the current crisis, he said.

Last month, the Israeli government withheld around $138 million in tax revenue collected on behalf of the Palestinian Authority under the Oslo agreement. The amount is equivalent to the salaries paid by the PA Palestinian prisoners in Israeli jails and the families of those killed by Israeli forces.

President Mahmoud Abbas has responded to the withholding by saying that he would not accept the tax revenues if they were short by one penny.

According to WAFA, the government has also said it had put in place scenarios to deal with any crisis resulting from Israel’s withholding of the tax revenues, which it described as state piracy.

Under the interim Paris Economic Protocol of 1994, Israel collects customs duties on goods imported by Palestinians and destined to the occupied Palestinian territories (West Bank and Gaza) that go through Israeli ports since the Palestinian borders are all under Israeli control.