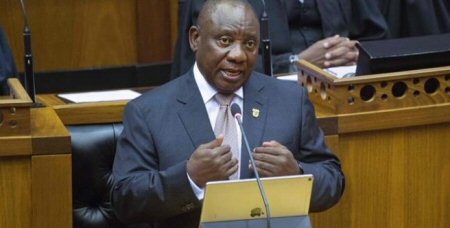 South African President Cyril Ramaphosa says his country is planning to downgrade the status of its embassy in the occupied territories, in response to Israel’s violation of Palestinians’ rights.

At the end of a conference in December of 2017, the ANC decided to downgrade its diplomatic mission in Tel Aviv to a liaison office, in an expression of “practical support” for the oppressed Palestinian people, warning Israel that it should pay the price for its “human rights abuses and violations of international law.”

Ramaphosa stressed the South African government’s resolve to go ahead with the ANC’s decision.

“The South African government remains seized with the modalities of downgrading the South African Embassy in Israel and we will communicate once the cabinet has fully finalized on this matter,” he said.

“In implementing this conference resolution, we are mindful of South Africa’s responsibility to continue engaging with all parties to the conflict, to see where we would be able to provide assistance,” he added.

The South African president further noted that the decision to downgrade the embassy in the occupied lands is driven by Israel’s violations of the rights of the Palestinians and the regime’ failure to enter negotiations on the so-called two-state solution to the Israeli-Palestinian conflict.

PNN further reports that, last May, South Africa withdrew its ambassador to Tel Aviv in protest at Israel’s deadly crackdown on anti-occupation rallies in the Gaza Strip.

South Africa established close ties with the Israeli regime during the apartheid era, but after the collapse of the discriminatory system, the African country began to lean towards Palestine.

Most South Africans have historically supported the Palestinians due to similarities between the Israeli occupation and South Africa’s apartheid rule.