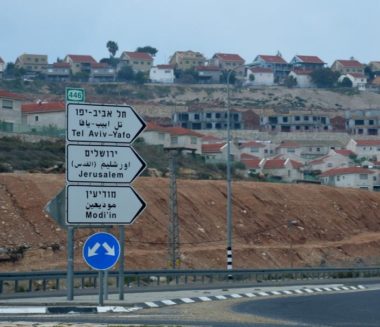 Press Release By Al-Haq is an independent Palestinian non-governmental human rights organisation: Geneva, Switzerland – Palestinian, regional, and international organizations have worked persistently over the last three years to ensure the fulfillment of the Human Rights Council mandate 31/36, which requested the production of the database of businesses operating in illegal Israeli settlements.

Yesterdays’ release of the database reaffirms the independence and impartiality of the Office of the High Commissioner for Human Rights (OHCHR) in fulfilling its mandates. It further demonstrates OHCHR’s commitment to uphold human rights standards and the rule of law and to pursue justice and accountability for affected persons and groups around the world, including in the occupied Palestinian territory.

Following its review of the 321 business enterprises and the contacting of 206 businesses operating in Israeli settlements in the occupied Palestinian territory, the OHCHR has published the database report containing 112 Israeli and international companies. The full list of the companies can be found in the report.

Al-Haq and the Cairo Institute for Human Rights Studies (CIHRS) welcome the publication of the database and highlights its significance in ensuring transparency and promoting accountability for business activities in the occupied Palestinian territory and other situations of occupation and conflict.

Due to pervasive impunity, Israel’s illegal settlement industry has been allowed to operate and expand in violation of international law. As documented in the 2013 report of the independent international fact-finding mission to investigate the implications of the Israeli settlements, “[…] business enterprises unfold their activities in the settlements and contribute to their maintenance, development and consolidation.” Businesses play a significant role in the sustainability of Israel’s illegal settlements and are at great risk of contributing to or benefiting from the Israeli human rights violations committed against the Palestinian people.

In its report, OHCHR recognizes that the mandate provided by resolution 31/36 included the annual update of the database, and recommended “that the Human Rights Council establish a group of independent experts, with a time-bound mandate, to report directly to the council for such a purpose.”

“Adding and removing companies from the long-awaited database creates a necessary incentive and deterrent against engaging with Israel’s illegal settlement industry, as mandated by Human Rights Council resolution 31/36. It is therefore critical to annually update the database to bring an end to corporate complicity in Israel’s prolonged occupation and widespread and systematic human rights abuses,” said Shawan Jabarin, Director of Al-Haq.

Al-Haq and CIHRS commend the High Commissioner and her Office for upholding standards of independence and the rule of law despite undue political pressure, and emphasize that the database sets a precedent and will serve as an important tool to stop the exploitation of Palestinian natural resources and to end Israel’s impunity for its human rights violations. “We welcome the release of the database as an important step towards transparency of the activities of companies engaged in Israel’s illegal settlement industry. It is of utmost importance today to not only oppose the settlements with statements but also with actions,” said Bahey Eldin Hassan, Director of CIHRS.