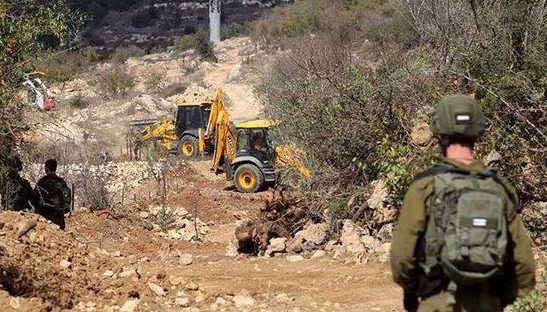 Israeli forces, on Thursday, began the groundwork for the construction of a road that would connect illegal colonial settlements in the northern occupied West Bank with those in the Jordan Valley.

Ghassan Daghlas, who documents settlement construction in the area, told WAFA that the planned 8-kilometer-long road would connect the colonial settlements of Eli and Shilo in Nablus district with settlements in the Jordan Valley, describing the move as one of the most serious Israeli projects aimed to seize more Palestinian land and further restrict Palestinian movement.

Daghlas stressed that the fertile agricultural lands which Israeli is exploiting belongs to the Palestinian villages of Duma, Talfit, Qaryout, and al-Mughayyir, south of Nablus, and to the villagers of Fasayel in the central Jordan Valley.