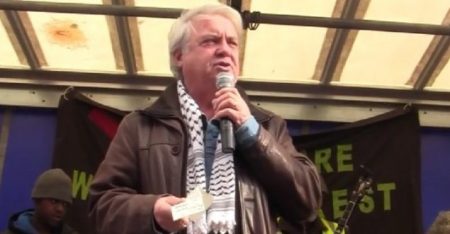 Shortly after the Israeli Knesset passed a law to bar BDS activists from entering Israel, Israeli Authorities  have banned the chairman of the Palestine Solidarity Campaign (PSC).

PSC chair, Hugh Lanning, has been denied entry into Israel, raising the likelihood he is the first high profile figure to fall foul of the Knesset law, PNN reports.

Lanning was recently honored at the Palestinians Abroad Conference, held in Istanbul on February 25 and 26.

Analysts attributed the ban to PSC’s support for the BDS campaign.

Last week, the Israeli Parliament passed controversial legislation that would bar supporters of boycott campaigns as well as individuals who are part of boycott organizations from entering Israel.