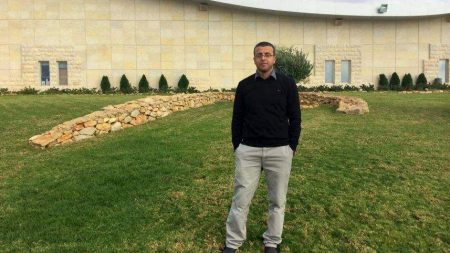 Amnesty International claims that the deal signed to release hunger-striking journalist Mohammad Al-Qeeq is another piece of evidence regarding the deception of Israel’s administrative detention policy.

“The series of latest hunger strikes revealed that trick of Israel’s administrative detention policy, which is predominately used to detain Palestinians without charge or trial is arbitrary and abusive, and proved the absence of charges against them.” the chairman of Amnesty International , Yonatan Jabr, said.

Amnesty International, according to Al Ray, condemned the detention policy, calling for the release of all detainees who continue to be held under it.

According to Israeli Prison Service, around 700 administrative prisoners were detained since the end of last year.

The organization expresses its deep concern at the high number of administrative detainees, recently, and the use of administrative detention policy against Palestinians, where Israeli authorities detain without specified indictments. Additionally, authorities’ refusal to disclose any of the charges against them, claiming them to be secret, impeding the work of their lawyers.