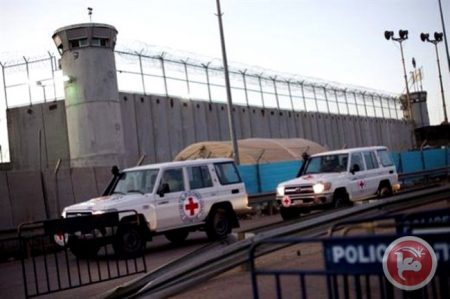 The Palestinian Committee of Prisoners’ Affairs has expressed concern over the health of seven critically ill Palestinian detainees held in Israel’s Ashkelon prison, warning of a continuous deterioration of their conditions due to “deliberate medical negligence” by Israeli prison authorities.

The committee said, in a statement on Monday, that the medical conditions of the seven detainees was worsening every day.

According to Ma’an News Agency, the statement said that Othman Abu Khurj has been suffering from liver and kidney issues; Ramzi Barash from heart and ear issues; Nahed al-Aqra from severe pains after having both of his legs amputated; Said Musallam from heart issues after undergoing two cardiac catheterization surgeries over the course of nine months; Muhammad Barash from a leg amputation, blindness, and deafness; while two detainees, Ibrahim Abu Mustafa and Fadil al-Karki, have been suffering from serious psychological issues.

Rights groups have widely condemned Israel for a “deliberate policy of neglect” of Palestinian detainees, while Israeli doctors have also been accused of condoning the mistreatment of Palestinian prisoners in solitary confinement, in a violation of medical ethics and international law that could amount to torture.