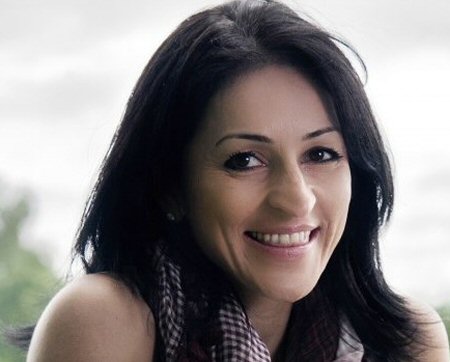 Israeli authorities banned and deported, on Friday night, a Palestinian-American writer and activist from the Ben Gurion airport, in Tel Aviv, as she had planned to attend a literary festival in the occupied West Bank.

Haaretz online newspaper reported that the Israeli Population, Immigration and Border Authority said it prevented Susan Abu al-Hawa, an American writer and activist of Palestinian origin, from entering Israel because she had allegedly not arranged her visit.
The reason for banning Abu al-Hawa reportedly stems from an incident that occurred in 2015, when Abu al-Hawa was banned entry upon her arrival at the Allenby Bridge crossing, between Jordan and the West Bank; according to Israeli sources, Abu al-Hawa acted “rude and insolent” at the time.

According to Haaretz, Abu al-Hawa was told that every future entry would have to be arranged in advance after she was barred from entering in 2015.

Ma’an further reports that Mahmoud Muna, a coordinator for the Kalimat Palestinian Literature Festival, which Abu al-Hawa was planning to attend, confirmed to Middle East Eye that she was taken aside and interrogated upon arrival at the Ben Gurion airport, only to be informed that she was being denied entry because she had not applied for a visa, ahead of her trip.

Muna added that Israeli authorities planned to deport Abu al-Hawa on the same night of her arrival at the airport on Thursday, but that a lawyer appealed. However, an Israeli judge ordered, on Friday, that Abu al-Hawa be deported at 10:00 p.m.

“For a conference on Palestinian Literature to take place without the participation of a foremost, internationally recognized Palestinian author is a travesty and a suppression of Palestinian culture.”

“Abu al-Hawa has been a vocal supporter of the Palestinian cause and of the Boycott, Divestment and Sanctions (BDS) movement against the Israeli occupation,” Middle East Eye reported.

Last month, Israel had also banned an American student of Palestinian origin, Lara al-Qassem, from entering Israel to study for her Master’s degree at the Hebrew University.

However, after being detained at the Ben Gurion airport for over two weeks, al-Qassem was granted entry.