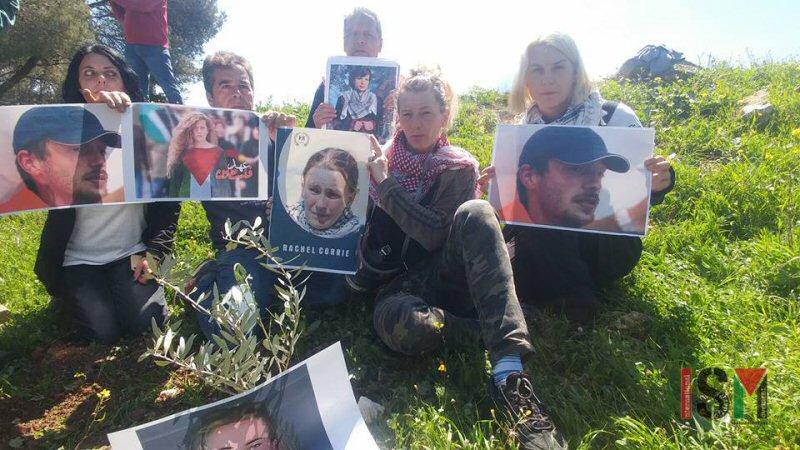 The action was organized by The Popular Struggle Committee but was also attended by Yahia Kadous the head of the municipal council in Burin, activists from Arab Group For The Protection Of Nature, International Solidarity Movement, Stop The Wall and The Enlightenment Forum Tanwer. 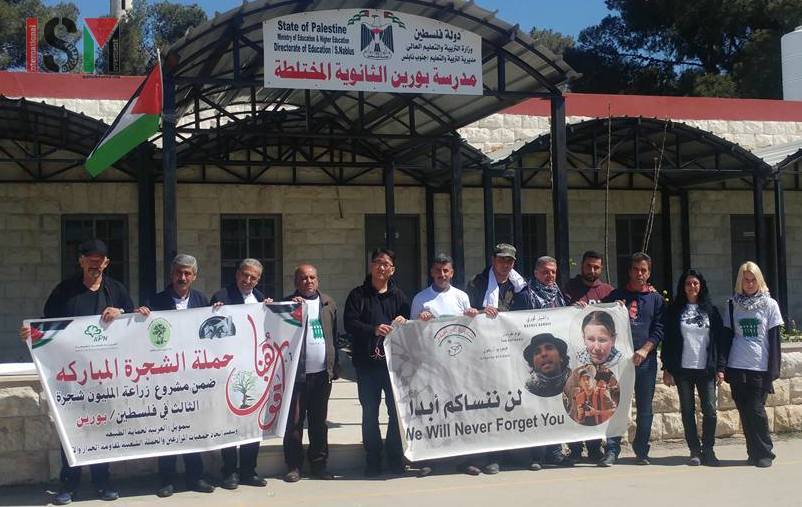 The meeting point for today’s action was at the secondary school in Burin, the same school that was attacked three days in a row last week, by the Israeli army. The army fired tear gas and stun grenades at school children, on these days, and many children and teachers suffered from tear gas inhalation. The army also filmed the children with a surveillance drone before entering the school, on the last day of attack, to issue a land confiscation order for around 26 dunams, which belongs to the school; this was the same area of land where the olive sapling action happened today. It is also worth mentioning that the Israeli army has seized 1,000 dunams of land belonging to the school, in the past. Israel issued the school with a confiscation of land order for the development of a ‘security wall.’ A wall is often constructed so that more Palestinian land can be taken behind the wall, by the Israeli state.

The village of Burin is surrounded by Jewish-only settlements and is directly overlooked by the illegal settlement of Yitzar and numerous illegal settler outposts. Historically, these outposts are first recognized by the Israeli state and then developed into permanent illegal settlements. The colonialist settlers from Yitzar are notoriously violent and have attacked the Palestinian villagers and property in Burin countless times often with the backing of the Israeli army.

Everyone gathered at the school in Burin at 11 am. A commemorative plaque was gifted to International Solidarity Movement from the Popular Struggle Committee honoring and in remembrance of Rachel Corrie. Rachel Corrie was killed fifteen years ago, on the 16th of March, whilst volunteering with International Solidarity Movement in Rafah, Gaza, where she was attempting to prevent the demolition of Palestinian homes when an Israeli bulldozer ran her over. 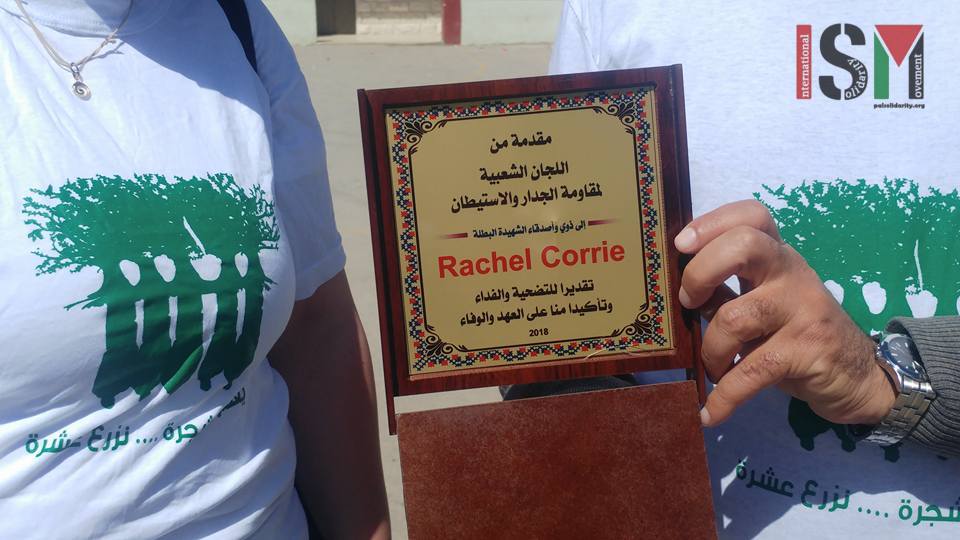 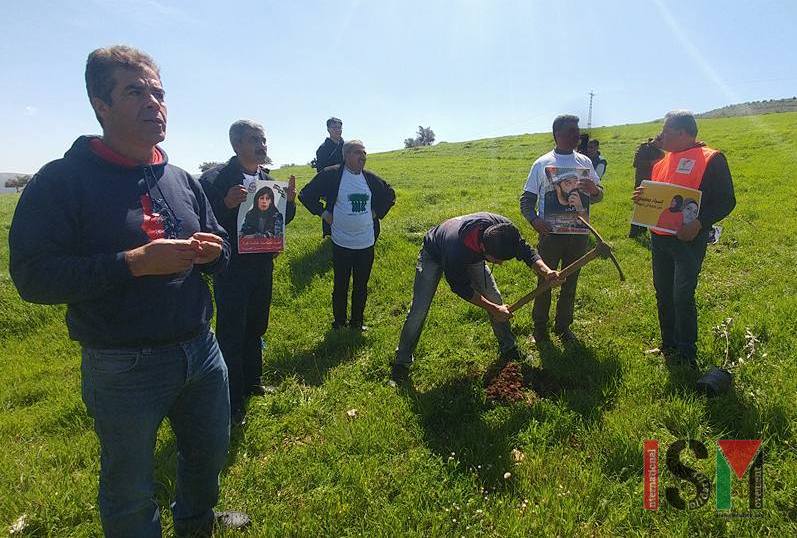 Wael Al Faqih, who was present at the action, today, is active in the popular resistance and also a member of The Enlightenment Forum Tanwer.

Wael stated: ”This Land was defended by the blood of the martyrs of the Palestinian people and the martyrs of International Solidarity Movement activists Rachel Corrie, Tom Hurndall and Vittorio Arrigoni In order to protect human rights and justice against imperialism, Zionism and colonialism.”

Those lost and politically imprisoned will forever be remembered as the struggle against occupation continues until Palestine is free.

03/11/18 How Stephen Hawking Supported the Palestinian Cause