How Stephen Hawking Supported the Palestinian Cause 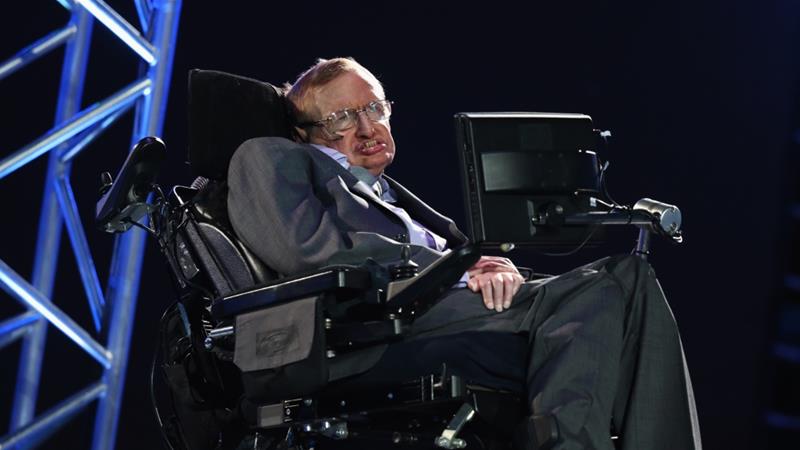 Stephen Hawking, the world-renowned scientist who passed away on Wednesday, at the age of 76, was known not only for his ground-breaking work but also for his support for Palestine.

Hawking, who had motor neuron disease, made headlines in May of 2013, when he decided to boycott a high-profile conference in Israel, where he was scheduled to speak.

The physicist was working at the Cambridge University in the UK, at the time.

The Presidential Conference, an academic event held in Jerusalem, was being hosted by the late Israeli President Shimon Peres.

In a letter Hawking sent to the organizers on May 3, he said the “policy of the present Israeli government is likely to lead to disaster.”

“I accepted the invitation to the Presidential Conference with the intention that this would not only allow me to express my opinion on the prospects for a peace settlement but also because it would allow me to lecture on the West Bank.

“However, I have received a number of emails from Palestinian academics. They are unanimous that I should respect the boycott. In view of this, I must withdraw from the conference.

“Had I attended, I would have stated my opinion that the policy of the present Israeli government is likely to lead to disaster,” the letter read.

And, with the approval of Hawking, the British Committee for Universities of Palestine, an organisation of UK-based academics to support the academic boycott of Israel, said in a statement at the time: “This is his independent decision to respect the boycott, based upon his knowledge of Palestine, and on the unanimous advice of his own academic contacts there.”

Hawking’s decision was widely celebrated by Palestinian activists and academics.

“We think this will rekindle the kind of interest among international academics in academic boycotts that was present in the struggle against apartheid in South Africa.”

Ali Abunimah, a Palestinian-American journalist, wrote: “When we look back in a few years, Hawking’s decision to respect BDS may be seen as a turning point – the moment when boycotting Israel as a stance for justice went mainstream.”

Hawking’s sympathy with the Palestinian cause extended beyond a boycott of Israel.

Last year, he asked his millions of Facebook followers to contribute financially to the Palestinian Advanced Physics School – a physics lecture series for masters students in the occupied West Bank.

“I support the rights of scientists everywhere to freedom of movement, publication and collaboration,” he wrote.

Hawking also publicly congratulated, in a video on his Facebook page, Hanan al-Hroub, a Palestinian woman who won the Global Teacher Prize for 2016.

“You are inspiration to people everywhere,” he said.

“In a society torn apart by conflict, where children are regularly exposed to violence, Hanan al-Hroub is building trust and supporting children suffering psychological trauma – from the heart of her classroom.”