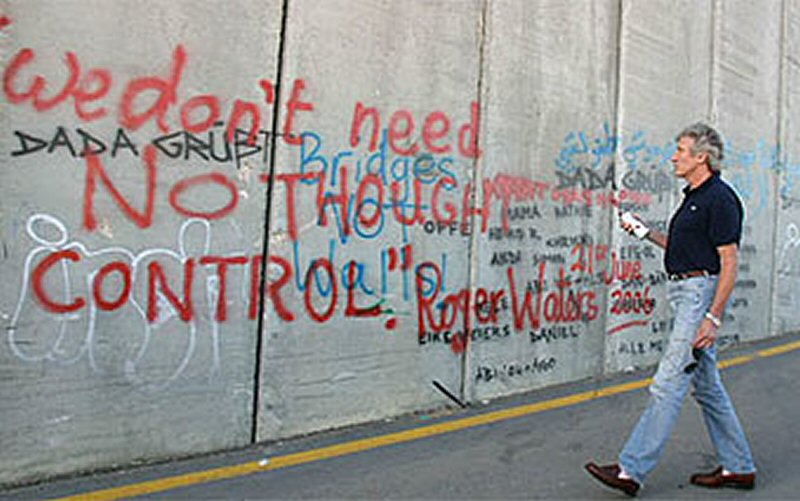 English singer and songwriter Roger Waters has teamed up with Palestinian group Trio Joubran to record a new song rejecting US President Donald Trump’s recognition of Jerusalem as Israel’s capital, according to WAFA.

The song, titled Supremacy, features a few verses from “The Red Indian’s Penultimate Speech to the White Man,” a poem written by national poet Mahmoud Darwish, and sung by the former Pink Floyd member over oud music from the Nazareth-based Palestinian band.

“After the relics are gone/ Where, oh white master, are you taking my people … and yours?” sings Waters. The song was recorded in Paris and London after Trump’s declaration, last December.

“On the surface, the poem narrates the last speech of the Native American to the white man, but it speaks also to Darwish’s beloved Palestine and its indigenous people,” Waters said in a statement. “In fact, it’s relevant to all victims of settler colonialism everywhere, always.”

Trio Joubran said, in a statement, that Trump’s declaration endangers Palestinians in Jerusalem as they are being pushed out of there.

“We have been touring the world with our ouds for the past 15 years, taking with us – from city to city – a bit of Palestine,” the band said in a joint statement. “We honor the struggles of indigenous peoples across the globe, and through our art, affirm that the relationship between people, culture and their homeland survives history.”

(Video shared by Russell Tribunal on Palestine, via Facebook.)

03/10/18 The Spirit of Palestinian Resistance Comes to Washington