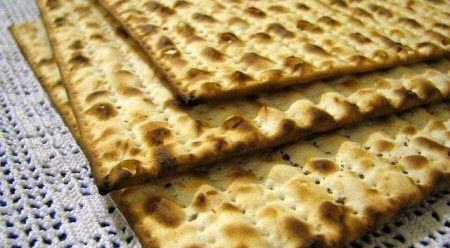 The Israeli Health Ministry is imposing Jewish religious law on Arab citizens with no legal authority: ‘No law in the State of Israel prevents citizens from carrying leavened foods into hospitals.’

Adalah – The Legal Center for Arab Minority Rights in Israel is fighting an Israeli government ban that prevents Arab citizens from bringing leavened bread products into hospitals during the Jewish holiday of Passover.

Jewish religious law forbids Jews from consuming leavened bread products during Passover, which commences on 30 March and lasts for a week.

Archive IMEMC post 05/09/14 — Netanyahu: Talmud Will be the Basis of Israeli Law

Adalah filed a petition to the Israeli Supreme Court on 27 February 2018 against the Health Ministry’s ban on bringing leavened bread products into hospitals or eating bread in hospitals for the duration of the holiday.

According to this policy, which has been enforced in hospitals nationwide over the past several years, all individuals – including non-Jewish Arab citizens – must undergo strict searches at hospital entrances. Any leavened bread products found are confiscated or destroyed. In a number of past cases, individuals who refused to hand over their bread products to security guards were prevented from entering hospitals and visiting admitted family members.

The Israeli Health Ministry is imposing this ban on leavened bread products without any legal authority, Adalah Attorney Sawsan Zaher wrote in the petition:

“The aggressive intervention of public authorities in private decisions regarding what to eat and where – particularly when an individual is in a vulnerable situation as is the case with hospitalized patients or visiting family members – is a violation of human liberty and personal dignity.”

The ban also constitutes religious coercion of hospitalized Arab citizens and their visiting family members during the Passover holiday.

In the wake of numerous complaints received over the past number of years, Adalah has written to the Health Ministry and the Attorney General but received no appropriate response.

Last year, the Attorney General’s office informed Adalah that he was working with the Health Ministry to find a solution to the issue but no decision on the matter has yet been issued.

Adalah demands the Supreme Court either issue an interim order preventing the Health Ministry from enforcing its ban this upcoming Passover, or schedule an urgent hearing in order to secure a solution prior to the holiday.