The Spirit of Palestinian Resistance Comes to Washington 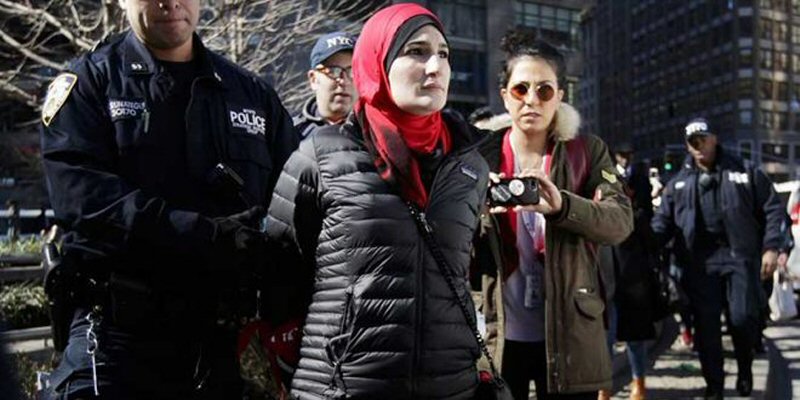 It’s been a busy week for American supporters of Palestine. The week began with the beginning of the American Israel Public Affairs Committee (AIPAC) Conference, which was greeted by hundreds of Pro-Palestinian protestors.

The 4th annual protest, organized by Abbas Hamidehof “Al-Awda, the Palestine Right of Return Movement,” who hosted the event in collaboration with the ANSWER Coalition.

Joining in support were protesters from other groups such as; Students for Justice in Palestine (SJU), International Solidarity Movement (ISM), Neturei Karta – Orthodox Jews United Against Zionism (NKUSA), the Party for Socialism and Liberation (PSL), Workers World Party (WWP) and CodePink!.

PNN notes that, as pointed out by Ariel Gold of CodePink!, the organization is one of nineteen that was blacklisted by Israel’s Strategic Affairs Ministry and barred from entering the country.

In addition to the protests at the conference, a“Twitter Storm” was held in support of the protest using the hashtag #ShutDownAIPAC2018 attached to informative and vivid graphics highlighting the tragedies of Israeli Apartheid policies.

That hashtag along with #IsraelApartheid had been trending at different times during the three-day conference.

As the conference continued, Palestinian activists were making news headlines again in Washington after being arrested at the US Capitol Building.

Co-organizer of the Women’s March on Washington and Palestinian activist, Linda Sarsour, and Palestinian cofounder of the Council on American Islamic Relations (CAIR) Nihad Awad were arrested for participating in “an act of civil disobedience” at Speaker of the House, Paul Ryan’s office.

The two were among a group of Jewish and Muslim community leaders demanding Ryan meet with them to discuss their concerns regarding Congress’s lack of action on the Deferred Action for Childhood Arrivals Program (DACA) program.

Being Palestinian in the United States is by no means an exemption to resistance.

On the contrary, as Palestinians, the tradition of defending human rights honors our ancestors, our heritage and our Palestinian counterparts surviving in the trenches of Israeli Apartheid policies.

Colonel Lawrence Wilkerson On the US, Iran and Israel