Colonel Lawrence Wilkerson On the US, Iran and Israel 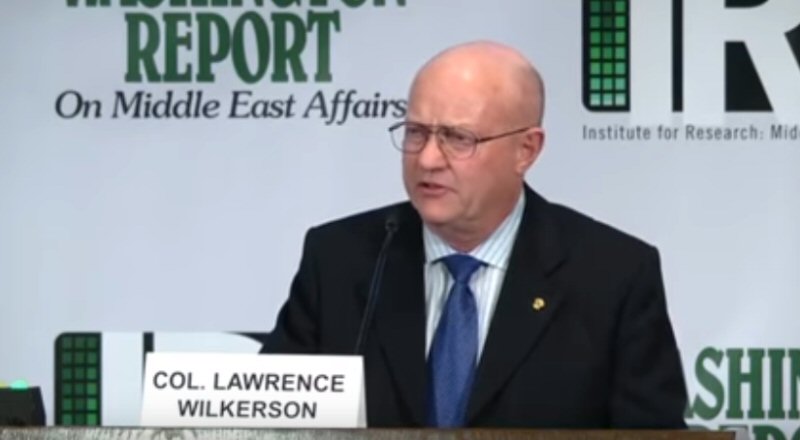 Distinguished Adjunct Professor of Government and Public Policy Lawrence Wilkerson’s last positions in government were as Secretary of State Colin Powell’s Chief of Staff (2002-05), Associate Director of the State Department’s Policy Planning staff under the directorship of Ambassador Richard N. Haass, and member of that staff responsible for East Asia and the Pacific, political-military and legislative affairs (2001-02). Before serving at the State Department, Wilkerson served 31 years in the U.S. Army. During that time, he was a member of the faculty of the U.S. Naval War College (1987 to 1989), Special Assistant to General Powell when he was Chairman of the Joint Chiefs of Staff (1989-93), and Director and Deputy Director of the U.S. Marine Corps War College at Quantico, Virginia (1993-97). Wilkerson retired from active service in 1997 as a colonel, and began work as an advisor to General Powell. He has also taught national security affairs in the Honors Program at the George Washington University. He is currently working on a book about the first George W. Bush administration.

SPEAKER: Colonel Lawrence Wilkerson is up next. And his bio is incredibly long, and he has a lot to talk about, so I’m going to shorten it. He is going to talk about is the U.S. ramping up its military presence in Syria and preparing to attack Iran for Israel. And his last position in the government was Secretary of State Colin Powell his chief of staff from 2002 to 2005 and before serving. OK. I’m really shortening it. Before serving at the State Department Wilkerson served 31 years in the U.S. Army, and he retired from active service in 1997 as a colonel and has taught national security affairs in the honors program at George Washington University in New York. You’re currently Distinguished Visiting Professor of Government and Public Policy at the College of William and Mary in Williamsburg, and you’re working on a book about the first George Bush administration. Welcome.

At TRNN official: If Netanyahu is Ousted, What Follows? (1/2)