On the 12th Anniversary of the Attack on Jericho Prison: Resistance Continues Until Liberation 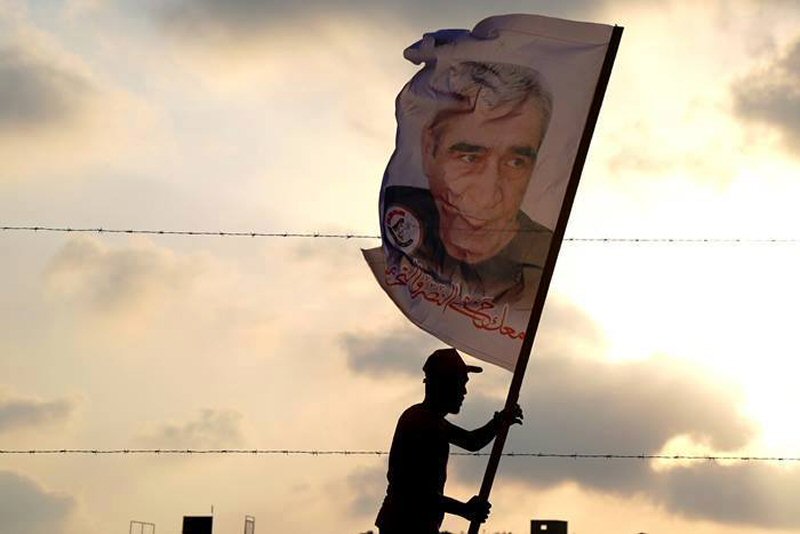 Samidoun Palestinian Prisoner Solidarity Network is republishing the following statement¬†from the Campaign to Free Ahmad Sa‚Äôadat, issued on the 12th anniversary of the attack on Jericho prison by Israeli occupation forces.

March 14, 2018 marks the 12th anniversary of the infamous Zionist attack on the Jericho prison and the kidnapping of Ahmad Sa‚Äôadat, the General Secretary of the Popular Front for the Liberation of Palestine, and his comrades Ahed Abu Ghoulmeh, Majdi Rimawi, Hamdi Qur‚Äôan and Basil al-Asmar, along with Fuad Shoubaki, in a violent attack on the Palestinian Authority prison. The repercussions of this attack are still being felt today, as the kidnapped Palestinian leaders face lengthy sentences inside the prisons of the Zionist colonizer.

The assault on Jericho prison underlined the network of repression and collaboration that had already seen Sa‚Äôadat and his comrades imprisoned in a Palestinian Authority jail for over four years before the attack by Israeli occupation forces. Not only was the PA imprisoning Palestinian leaders and strugglers for their role in resistance to Israeli occupation, the prison at Jericho was secured not solely by Palestinian guards but by U.S. and British guards, colonial authorities maintained in place in order to cement their imprisonment. Among the British guards at Jericho prison reportedly were those who had previously served as prison guards against Irish republican prisoners jailed for their struggle against British colonization of Ireland.

Prior to the attack, the U.S. and British guards left their positions in a clear sign of coordination that made clear that their mission to ‚Äúensure the security‚ÄĚ of the prisoners was always a mere facade; instead, they were present to serve the interests of the occupation, which carried out its assault on Jericho with U.S.-made and U.S.-funded weaponry and armed bulldozers. The imprisonment of Ahmad Sa‚Äôadat and his comrades is a direct result of the actions of U.S. and British forces alongside that of the Israeli occupation ‚Äď not to mention the treachery of the Palestinian Authority.

It was the continued security cooperation of the Palestinian Authority with the Zionist occupation that meant that these Palestinian strugglers and leaders were locked up and held behind bars for over four years in a ‚ÄúPalestinian‚ÄĚ prison, even in defiance of the Palestinian Authority‚Äôs own laws and courts. They were seized after the armed wing of the Popular Front for the Liberation of Palestine carried out the assassination of far-right, racist extremist Zionist tourism minister Rehavam Ze‚Äôevi in retaliation for the Israeli assassination of PFLP General Secretary Abu Ali Mustafa; like the attack on Jericho, the assassination of Abu Ali Mustafa was conducted by Zionist forces using U.S.-made and -provided helicopter-fired missiles directly into his Ramallah office.

Palestinian Authority security coordination ensured that Ahmad Sa‚Äôadat and his comrades were under full view of the occupying forces at all times, where they could be attacked and abducted at the whim of the occupier. Indeed, the pretext used for the assault on Jericho was that recent Palestinian Legislative Council elections had indicated that Palestinians were unwilling to allow their prisons to be used any longer to jail their own leaders and strugglers. However, 12 years later, security coordination continues and Palestinian resisters remain behind bars in PA prisons. The Israeli occupation prisons and PA security services are a ‚Äúrevolving door‚ÄĚ for Palestinian strugglers who face repression, surveillance and imprisonment at every turn.

Today, Sa‚Äôadat and his comrades are leaders behind bars as their resistance continues at the heart of every mass hunger strike, protest and struggle of the Palestinian prisoners‚Äô movement. Sa‚Äôadat was subjected to over three years in solitary confinement until the 2012 mass hunger strike won his return to the general population along with 18 other prominent Palestinian leaders. He was sentenced to 30 years in prison on charges of ‚Äúincitement‚ÄĚ and his leadership role in the PFLP, while Abu Ghoulmeh, Rimawi, Qur‚Äôan and al-Asmar are all serving life sentences in Zionist colonial prisons.

In Israeli prisons, they continue to struggle, on the front lines of daily confrontation of the Zionist occupation, from their confrontation of the attacking forces and raids that invade their cells daily to their political struggle for the liberation of Palestine and their people. In messages released from prison, they urge solidarity with all imprisoned strugglers, urge Palestinian unity to confront the occupier and tell their stories of imprisonment, resistance and struggle. They are among the over 6,100 Palestinian political prisoners who daily lead the Palestinian struggle for liberation and inspire the strugglers everywhere around the world who stand with Palestine.

On this notorious anniversary, the Campaign to Free Ahmad Sa‚Äôadat renews its call and its dedication to intensify and build its efforts to struggle for the liberation of Ahmad Sa‚Äôadat, Ahed Abu Ghoulmeh, Majdi Rimawi, Hamdi Qur‚Äôan, Basil al-Asmar and all of the Palestinian strugglers imprisoned for their commitment to liberation for their people and for the world. Their imprisonment highlights the importance of confronting Zionist colonialism and U.S. and British imperialism and also PA security coordination and collaboration in order to free the Palestinian prisoners and win a free, liberated on the entire land of historic Palestine.

« How Stephen Hawking Supported the Palestinian Cause Israeli Soldiers Fire Missiles And Shells Into Gaza, Injure One Palestinian »