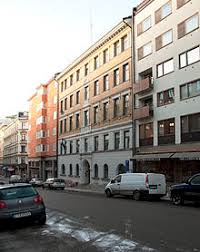 The U.S. State Department has refused to renew the memorandum issued every six months for the Palestinian Consular Mission in Washington DC, stating that if the Palestinian Authority takes Israel to the International Criminal Court or fails to engage in negotiations with the Israeli government, the Mission will remain closed.

In response, the Palestinian Foreign Minister Riyad Malki accused the U.S. State Department and the Secretary of State Rex Tillerson of blackmail.

According to the Associated Press, Tillerson stated on Friday that he had “determined that the Palestinians ran afoul of an obscure provision in a U.S. law that says the Palestine Liberation Organization’s mission must close if the Palestinians try to get the International Criminal Court to prosecute Israelis for crimes against Palestinians. A State Department official said that in September, Palestinian President Mahmoud Abbas crossed that line by calling on the ICC to investigate and prosecute Israelis.”

Palestinians living in the U.S. depend upon the diplomatic mission to renew passports, obtain visas, and submit documents and required paperwork to the Palestinian Authority. If the Mission is closed, these Palestinians will be severed from their ties to their home, and unable to carry out their basic needs to be able to travel, marry and renew permits.

According to the AP, “Donald Trump now has 90 days to consider whether the Palestinians are in ‘direct and meaningful negotiations with Israel.’ If Trump determines they are, the Palestinians can keep the office.”