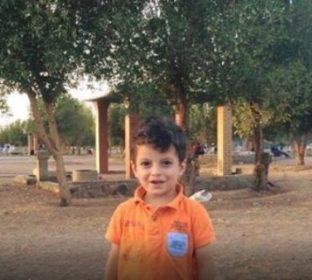 On Saturday, a Palestinian child, identified as Rayyan Shreim, only three years of age, became the third Palestinian to be killed due to the terrorist bombing and shooting attack that struck Ataturk Airport in Istanbul, Turkey, on June 28th. The child died from his serious wounds, Saturday, while his mother and another Palestinian woman were killed in the aftermath of the bombing, and his father was injured.

Shreim was from Qalqilia city, in the northern part of the occupied West Bank; a Turkish hospital initially said he died in the bombing, but it he was still alive, yet in a very serious condition, and died from his wounds, Saturday.

The child was with his mother, Sondos, who was killed in the bombing, and his father Mohammad Shreim, when they traveled from Saudi Arabia to Turkey, to vacation for three days before traveling to Palestine to celebrate Eid Alp-Fitr Muslim feast with the rest of the family in Qalqilia, in the northern part of the occupied West Bank. Sondos was a teacher and was living with her family in Jeddah, Saudi Arabia.

Accompanying the family was Marwan Abu Salhiyya, his wife Nisreen Hashem Hammad, 28, and their child, Rafeef, from Arraba near Jenin, in the northern part of the West Bank.

Nisreen was killed in the bombing, while Marwan and their daughter, Rafeef, suffered moderate injuries. 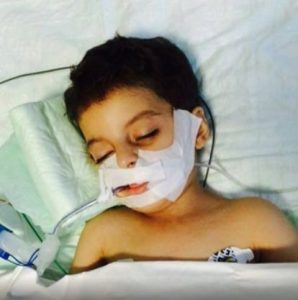 reim family went missing for a while after the attack, and were later located in a hospital suffering serious wounds, but Sondos died from her wounds, then her child died Saturday (June 2nd), while the husband, Mohammad, is currently in a stable condition.

Journalist Moath Hamed, who is currently in Turkey, said the family and the Palestinian Embassy in Turkey are working on moving the body of the slain child back to Palestine, and added that a funeral ceremony will be held at the Airport in Istanbul.

Turkish officials said 44 persons were killed, and 147 were injured, in the terrorist attack. Two of the three attackers were killed, and although their identities have not been revealed yet, officials believe they are from Uzbekistan and Kyrgyzstan.

They entered Turkey, a month ago, after leaving Raqqa, the Syrian city under ISIS stronghold.