Palestinian Child Abducted by Under Cover Agents in Jerusalem 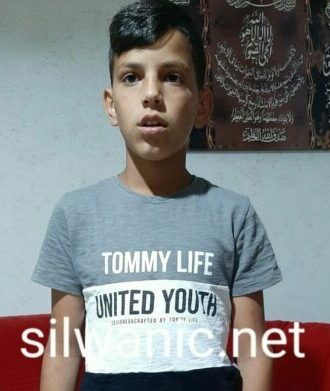 Witnesses revealed that undercover agents were seen getting out of a civilian vehicle, and abducting Moath Ewewi, 12, taking him to an unknown location.

Undercover Israeli forces, known as Musta’ribeen, are special agents who dress as Palestinians, so they can easily carry out abductions, within Palestinian towns and villages, according to the Palestinian Information Center.

The Wadi Hilweh Information Center (Silwanic) reported that the child was released, on Friday, and quoted the child as saying:

“I was looking at the house, they attacked me, undercover, they put on masks, took out weapons, and took me … My mother came and released me … They beat me on the head and my hands, and they insulted me.”