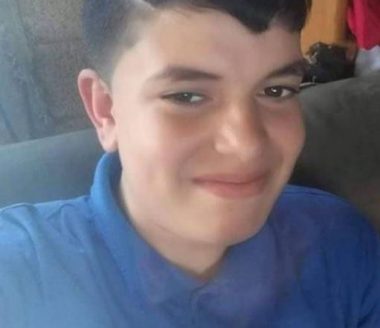 The child, Zakariya Hussein Bashbash, 13, suffered a very serious injury, several days ago, after an Israeli soldier stationed across the border fence shot him with a live round.

The Health Ministry in Gaza said Zakariya, who was shot east of the al-Boreij refugee camp in central Gaza, was rushed to the Shifa Medical Center.

Zakariya, from the al-Maghazi refugee camp in central Gaza, was then moved to surgery, and remained at the Intensive Care Unit, until he succumbed to his serious wounds.

On Monday at noon, Israeli soldiers killed Sabri Ahmad Abu Khader, 24, after shooting him with live fire near the Great Return Camp, east of Gaza city.