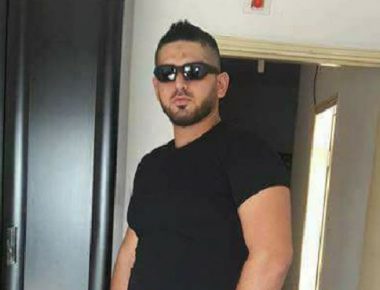 The Palestinian Prisoners Society (PPS) has reported, Sunday, that a detainee from Bethlehem, in the occupied West Bank, is ongoing with a hunger strike he started 29 days ago, protesting being held under arbitrary Administrative Detention order, without charges, in addition to bad living conditions and the repeated punitive measures against him.

The PPS said the detainee, Hasan Khaled Shouka, 36, told one of its lawyers who managed to visit with him at the Ramla prison, that he is held in solitary confinement, and suffering from various health issues, including pain in his abdomen, especially the kidneys, in addition to general extreme body weakness, fatigue, frequent vomiting, migraine and pain in his eyes.

It added that the detainee is determined to continue his hunger strike, and is rejecting medical checkups, in addition to refusing to take vitamins, and only drinks water.

After he declared hunger strike, the Israeli prison administration started taking punitive measures against him, including forcing him in solitary confinement, and transferred him to other prisons three times.

He said that his demands are legitimate, and that he will not stop his strike until he is a free man, especially since he is held without charges.

It is worth mentioning that Shouka was taken prisoner on August 28th, 2017, and was slapped with a six-month Administrative Detention order, and on October 11th, 2017, he went on hunger strike for 27 consecutive days, before securing an agreement for his release.

Shouka was supposed to be released on June 3rd, 2018, but once again, the Prison Authority reneged on its agreement with him, and he was slapped with another Administrative Detention order, without charges or trial.