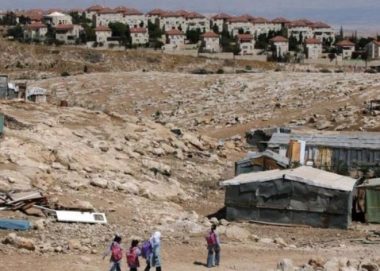 Israeli media reports that, after receiving approval from Israel’s High Court, Israeli security forces have reportedly begun preparing for the demolition of Khan al-Ahmar village, in the occupied West Bank, according to the village’s residents, human rights activists, and Palestinian officials.

Residents said that one police officer told them they would be better off if they left “voluntarily,” though he declined to provide any more information. B’Tselem has warned that the demolition of Khan al-Ahmar and the forcible transfer of its residents would constitute a war crime.