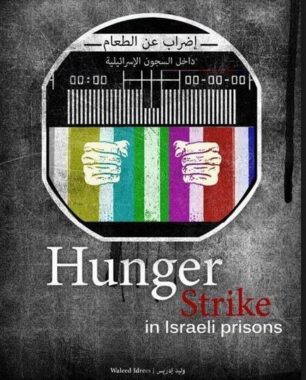 Palestinian political prisoner held by Israel stated that many detainees have decided to start hunger strike this coming Sunday, while more detainees will be joining the strike which will expand to all prisons if Israel does not respond to their demands.

Among the main demands of the detainees are improving their living conditions, providing medical treatment, visitation rights, in addition to removing wireless signal jammers due to the health risks they could pose.

Israeli daily Haaretz quoted sources among the detainees saying that the Israeli government has expressed a willingness to remove cellphone jammers to prevent the strike, but added that the office of Israeli Public Security Minister Gilad Erdan strongly denied the allegations.

It stated that some meetings took place between Israeli officials and detained members of Hamas movement, on Thursday, in addition to another meeting, Friday, this time including members of the Islamic Jihad.

Some of the demands presented by the detainees include resuming family visits of Gaza Strip detainees, in addition to cancelling the punishments imposed on all detainees in the Negev Desert Detention Camp, which were imposed earlier this week after two officers were reportedly stabbed.

The detainees are also demanding better items in the canteens and expanding their Television rights.

Many detainees will start the hunger strike, Sunday, and will later be joined by more detainees, while some of them also said their strike will include not drinking any liquids, including water.

Haaretz also stated that, although sources among the detainees said the Prison Authority has offered the installation of public phones, the office of Public Security Minister strongly denied the claims.

It added that the Israeli government proposed resuming the talks with the detainees after the Knesset elections, which will be held on Tuesday, April 9th, 2019, and stated that the detainees have agreed to discuss this proposal with their political factions, before coming to a decision by Saturday evening.

Haaretz also said that Israeli officials are trying to prevent the detainees from holding the hunger strike, especially since this could lead to massive protests across the West Bank and the Gaza Strip.

The Israeli Prison Service has already deployed additional soldiers in the prisons and detention centers, in anticipation of protests by the detainees.