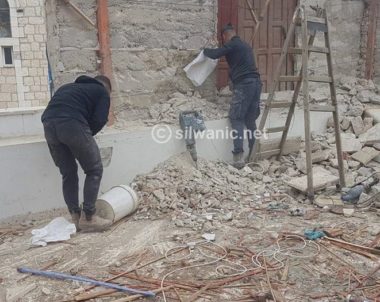 A Palestinian man from occupied Jerusalem had to demolish his own home, Saturday, to avoid the excessively high fines and fees imposed by the City Council, the Wadi Hilweh Information Center in Silwan (Silwanic) has reported.

Silwanic said that the City Council recently summoned al-Basity, and ordered him to demolish the remaining of the property, and level it, and gave him until April 7th to do complete the destruction, or face very high fines and fees.

The municipality in occupied Jerusalem also claimed that his property “caused damage to the archeological aspect on the Old City.”

Al-Basity stated that his home was built in the year 1999, and was 65 square/meters, and added that the City Council decided, three years ago, to demolish it and to stop all attempts to obtain a license for the property.