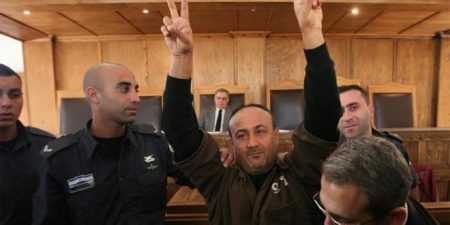 In a statement published on Saturday, Barghouti said that the hunger strike aims at achieving a number of demands, according to the Palestinian Prisoners Society .

The demands include  allowing a second visit, which was suspended by the International Committee for the Red Cross, as well as offering regular family visits.

They also demand no visit bans and increasing the visit duration from 45 to 90 minutes. The captives also ask for allowing prisoners to take photos every three months with their families during visitations.

Other demands, according to the PNN, include providing detainees with satellite channels, returning kitchens to all prisons under the supervision of prisoners, allowing the entry of books, newspapers, clothes, food, and special goods for female captives.