Palestinian Dies From A Head Injury Suffered In 1992 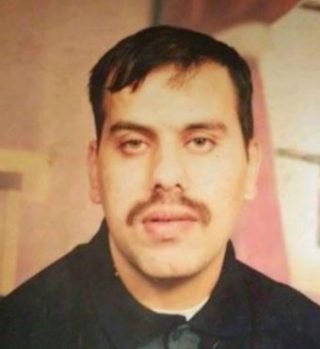 Medical sources have reported that a Palestinian man, died on Wednesday morning, from very serious wounds he suffered in 1992, after Israeli soldiers shot him in the head, during a military invasion into the al-Jalazoun refugee camp, north of Ramallah, in central West Bank.

The sources said the Palestinian, Ahmad Mustafa Zeid, 44, was shot in the head from a very close range, as he was leaving a local mosque in the refugee camp; he was only 17 years of age at the time of his injury.

The bullet struck him in the head leading to a traumatic brain injury, and instantly paralyzing, in addition to causing several ongoing complications until died from his wounds at a hospital in Ramallah.

The shooting took place after dozens of soldiers invaded the refugee camp, during dawn hours in 1992, and clashed with dozens of local youths, who hurled stones at the military vehicles, while the army fired dozens of live rounds, rubber-coated steel bullets, gas bombs and concussion grenades.

In related news, dozens of Israeli soldiers invaded, overnight and at dawn Wednesday, several areas in the southern West Bank district of Hebron, searched many homes, and kidnapped nine Palestinians, including a photojournalist, in addition to confiscating the contents of a print shop.