One Palestinian Seriously Injured By Israeli Army Fire Near Nablus 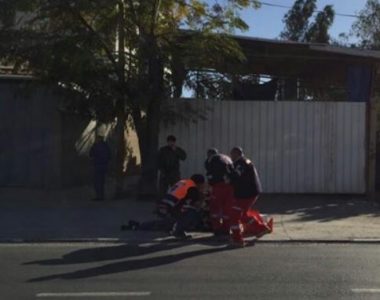 Israeli soldiers shot, and seriously injured, a young Palestinian man after he reportedly attempted to stab a soldier, on Wednesday morning, in an area between Za’tara and Huwwara military roadblocks, in the northern West Bank district of Nablus.

The Palestinian Red Crescent said the wounded Palestinian has been identified as Mohammad Amer, 32, from Tulkarem, in the northern part of the West Bank.

It added that its medics managed to provide the Palestinian with the urgently needed medical attention, before an Israeli military ambulance took him to a hospital.

An eyewitness, identified as Abdullah Abu Salim, 43, said he said the Palestinian trying to cross the road, before the soldiers became suspicious of his movements, and opened fire on him.

“He did not carry a weapon, and did not attempt to attack any soldier,” Abu Salim told Maan News Agency, “One of the soldiers dropped a knife next to the wounded man; this is what I saw along with two of my friends.”