Palestinian Dies From Serious Wounds He Suffered In Nablus 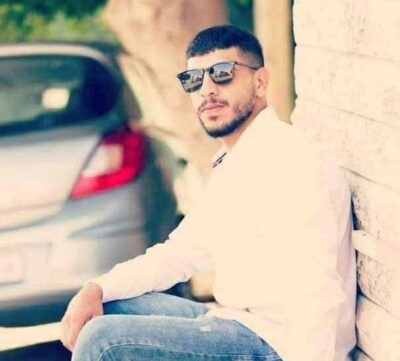 On Wednesday at dawn, Palestinian medical sources confirmed that a young man died from severe wounds he suffered a week earlier, after Israeli soldiers shot him near Nablus, in the northern part of the occupied West Bank.

The slain young man has been identified as Ahmad Hikmat Saif, 23, from Burqa village, north of Nablus.

The soldiers shot the young man with three live rounds in the chest and leg during protests that erupted when the army invaded Burqa.

Ahmad had undergone several surgeries and remained in a critical condition at the Intensive Care Unit in a hospital in Nablus until he succumbed to his serious wounds.

The medical director of the an-Najah Hospital in Nablus, Dr. Abdul-Karim Barqawi, said Ahmad suffered a gunshot wound to the spine before the bullet lodged in his lung and two bullets in the left thigh and leg.

He required twenty-five units of blood due to severe bleeding in the chest and abdomen and was hooked to respiratory machines but remained in a critical condition due to the severe damage to his internal organs.

Dr. Abdul-Karim added that Ahmad suffered severe bleeding when one of the bullets severed the main artery and required intensive treatment of his internal organs severely damaged by the bullets.

The soldiers shot Ahmad when they invaded the western area of Burqa and attacked dozens of Palestinians who marched in solidarity with political prisoners held by Israel and facing constant violations of their rights.

Burqa and surrounding villages witness constant Israeli invasions and violations by the soldiers and the illegal colonialist settlers, who repeatedly try to reoccupy Palestinian lands in and around the location of the former Homesh colony, which Israel evacuated in the year 2005.