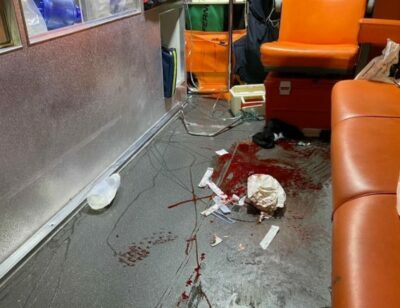 Israeli soldiers shot and seriously injured, on Tuesday evening, a young Palestinian man during a procession in Burqa village, northwest of Nablus, in the northern part of the occupied West Bank.

Ghassan Daghlas, a Palestinian official who monitors Israel’s illegal colonialist activities in northern West Bank, said the soldiers shot the young man with a live round in the back.

He added that Palestinian medics rushed the young man to a hospital in Nablus city, where his condition was described as serious.

Many Palestinians were also injured, mainly due to the effects of tear gas inhalation.

The Israeli attack took place when dozens of Palestinians nonviolently marched in solidarity with the political prisoners facing constant assaults and serious violations in Israeli prisons.

On Monday at night, the army killed Abdullah al-Hosary, 22, during an exchange of fire with Israeli soldiers in Jenin, in the northern part of the occupied West Bank.

Army Attacks, Injures Palestinians, Including a Journalist, in Hebron