Army Attacks, Injures Palestinians, Including a Journalist, in Hebron 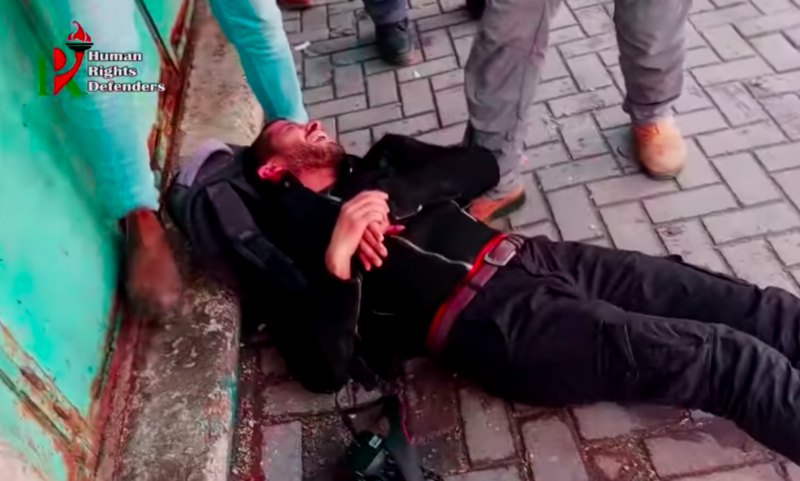 Israeli forces attacked, on Tuesday, Palestinians participating in a non-violent protest in the Bab al-Zawiya area, in the center of the southern West Bank city of Hebron, injuring a journalist in addition to causing many others to suffocate, the Palestinian News & Information Agency WAFA reported.

Large crowds of people demonstrated in solidarity with sick Palestinian prisoners held inside occupation jails came under assault by the army, who fired rubber-coated steel rounds and tear gas canisters towards peaceful civilians.

WAFA correspondent stated that Israel soldiers opened fire at and assaulted Palestinian civilians who marched from the Hussein Mosque toward the Bab al-Zawiya area in the center of the city.

A Palestinian journalist, identified as Abdel Mohsen Shalaldeh, was shot with a rubber-coated steel round and transferred to hospital for treatment, while dozens of peaceful protestors suffered the toxic effects of tear gas inhalation

The march was coordinated by the National Coordination Committee, the Prisoner’s Club, and the Prisoners and Ex-Prisoners Affairs Authority in an effort to facilitate the release of all prisoners suffering health conditions being held in occupation jails.