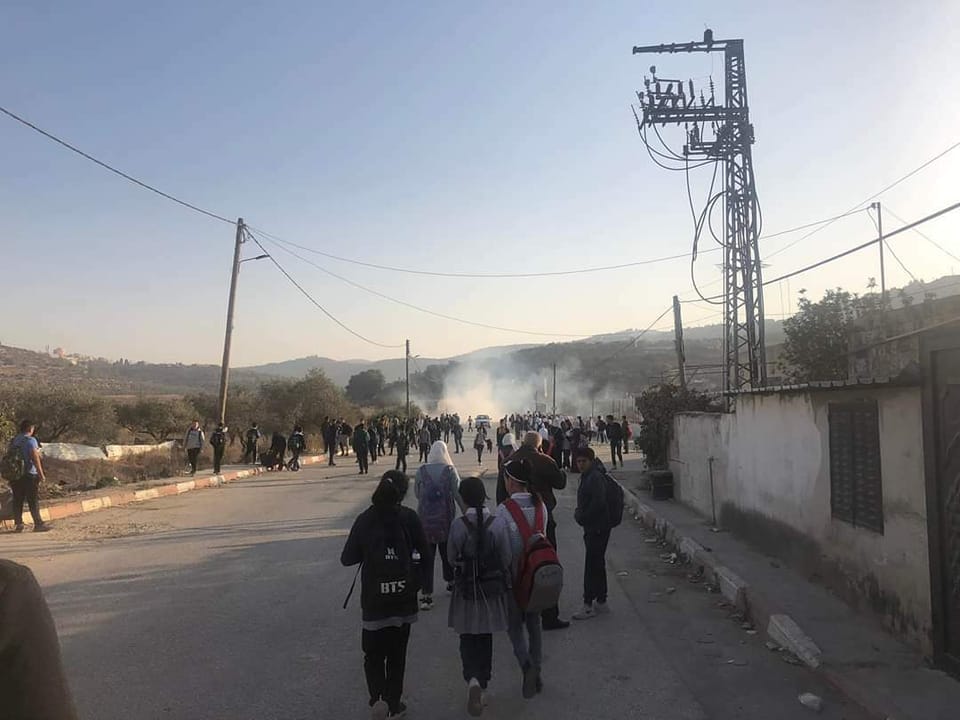 Sources stated that Israeli settlers tried to storm the village, under the full protection of occupation forces, which triggered protests from the local Palestinian people.

Soldiers opened fire with tear gas and rubber-coated steel rounds at the Palestinian civilians who were defending their lands, causing many to suffer the toxic effects of tear gas inhalation.

Furthermore, settlers and soldiers have recently led a series of assaults on schoolchildren and other civilians, causing numerous injuries and impeding the educational process.