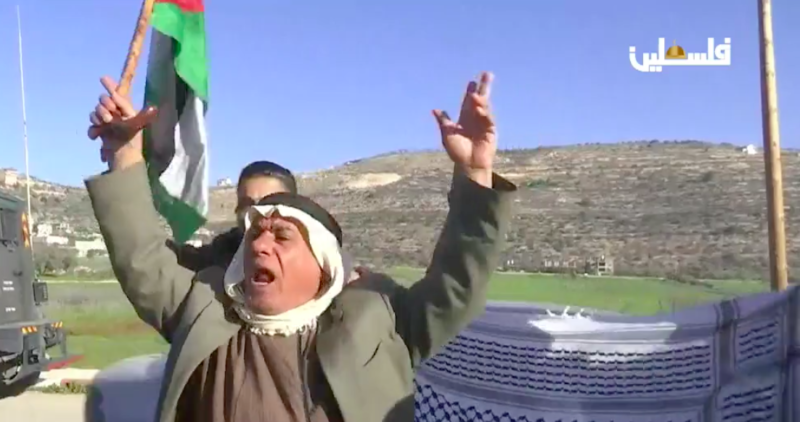 For a third consecutive day, Israeli soldiers and settlers, on Wednesday, obstructed the Palestinian students from reaching their school in Al-Lubban ash-Sharqiya village, according to the the Palestinian News & Information Agency (WAFA) reported.

The students of the Al-Lubban ash-Sharqiya village, located south of Nablus in the northern occupied West Bank, have witnessed an escalation in the harassment and interference by the illegal settlers and occupation army, causing disruption to their education.

WAFA correspondent stated that illegal colonists gathered at the Ramallah-Nablus road, near the school and the army then set up barriers on the road, preventing the students from reaching their school, depriving them of their right to education.

Many parents and citizens assembled at the site to counteract the settlers’ attempt to block the students’ passage, but were unable to ensure their safe arrival at school. On Monday and Tuesday, the settlers and soldiers blocked the students, prevented them from arriving at school, protecting the illegal colonists and causing Palestinian civilians to suffer the effects of tear gas inhalation.